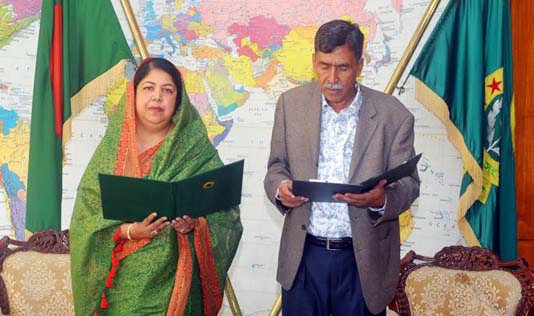 In response to a letter sent by Zahidur Rahman to speaker Shirin Sharmin Chaudhury on Thursday morning, an arrangement was made to administrate oath to him at the Jatiya Sangsad Bhaban.

After the ceremony, Jahid also signed the oath-taking book for MPs.

On March 7, Sultan Mohammad Mansur, MP-elect for Moulvibazar 2 constituency, took oath as a member of the 11th parliament.

BNP along with Gano Forum and some other parties joined the December-30 election in alliance under the banner of the Jatiya Oikya Front.

BNP bagged six seats while Gano Forum got two seats in the election.

The alliance turned down the election results bringing the allegation of ‘massive vote robbery’ and decided not to join the parliament.

Gano Forum expelled Sultan Mansur hours after he had joined the parliament.