Blast in van near Colombo Church when officials defused bomb 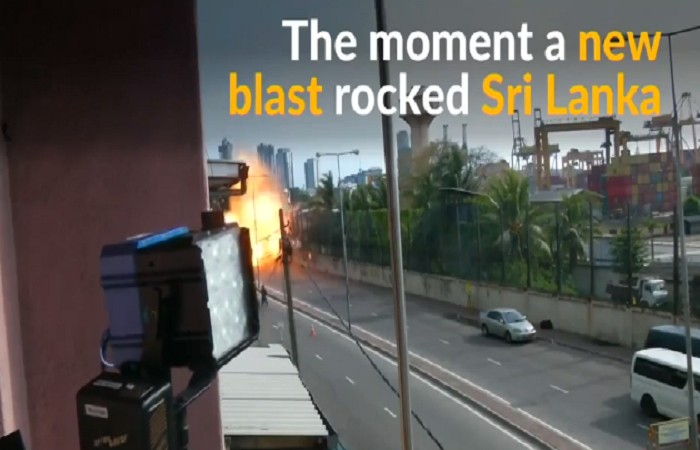 An explosion went off on Monday in a van near a church in Sri Lanka where scores were killed the previous day, when bomb squad officials were trying to defuse it, a witness said.

"The van exploded when the bomb defusing unit of the STF (Special Task Force) and air force tried to difuse the bomb," the witness said.

Security force spokesman were not immediately available for comment.

Sri Lanka said on Monday it was invoking emergency powers in the aftermath of devastating bomb attacks on hotels and churches, blamed on militants with foreign links, in which 290 people were killed and nearly 500 wounded.

The emergency law, which gives police and the military extensive powers to detain and interrogate suspects without court orders, will go into effect at midnight on Monday, the president's office said.

Colombo, the seaside capital of the Indian Ocean island, was jittery on Monday. Police said 87 bomb detonators were found at the city's main bus station, while an explosive went off near a church where scores were killed on Sunday when bomb squad officials were trying to defuse it.

A night curfew will go into effect at 8 p.m., the government announced.