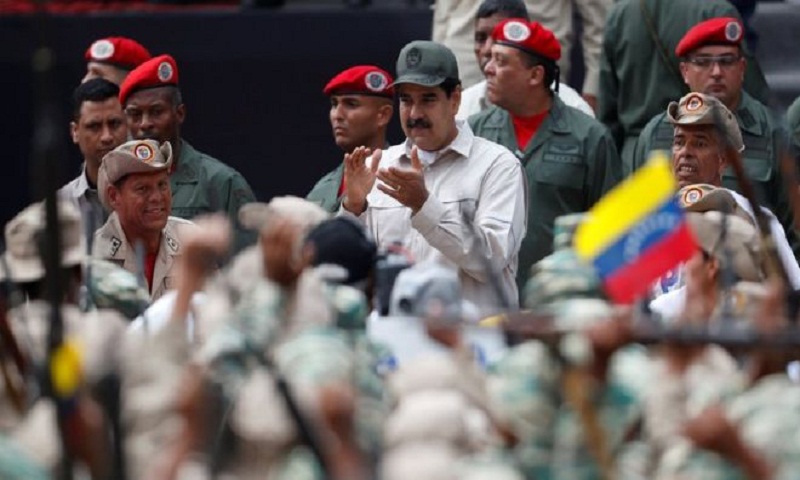 Venezuela's President Nicolás Maduro has said he wants a million more people to join his civilian militia by the end of the year.

The call to expand the militia - which answers directly to Mr Maduro - comes as opposition leader Juan Guaidó seeks to persuade the Venezuelan military to abandon the president.

So far the military has stayed loyal.

According to the BBC's Americas regional editor Candace Piette, Mr Maduro's call to increase the militia numbers will be seen as an attempt to shield himself further both politically and physically.