Government to bring Tarique back for sake of law: Hasan 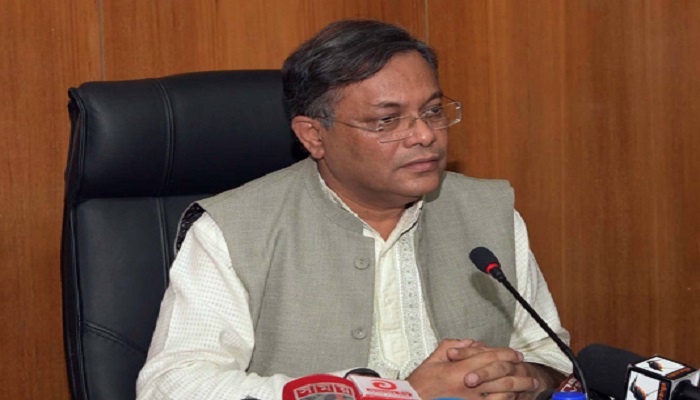 Information Minister Dr Hasan Mahmud on Tuesday said the government is trying to bring back BNP acting chairman Tarique Rahman to the country for the sake of law.

“There is no matter of revenge. If Tarique Rahman thinks that he has become a victim of political vengeance, he should return home and surrender to court. His offences in graft and criminal cases are visible and that’s why he has no such courage,” he said.

Dr Hasan, also Awami League publicity and publication secretary, said this while talking to reporters prior to a meeting of AL publicity sub-committee at the party’s Dhanmondi office.

He said the Bangladesh government did not unearth the graft of Tarique, but the Federal Bureau of Investigation (FBI) of the United States disclosed his corruption.

“Tarique’s involvement in the August 21 grenade attack was clearly proved by witnesses. He is a convicted one. BNP leaders should remove him from the party. Instead of doing so, they are trying to protect a convicted fugitive,” the information minister said.

As Bangladesh has no extradition treaty with the United Kingdom, he said, the government sent a letter to the country for bringing Tarique back.

About the allegation of BNP secretary general Mirza Fakhrul Islam Alamgir that there is no democracy in the country, Hasan said BNP had created a regime of fear in the country by burning people alive.

“Now, BNP leaders are saying that there is no democracy in the country. But, they are frequently talking to media and making falsehood against the government,” he said.