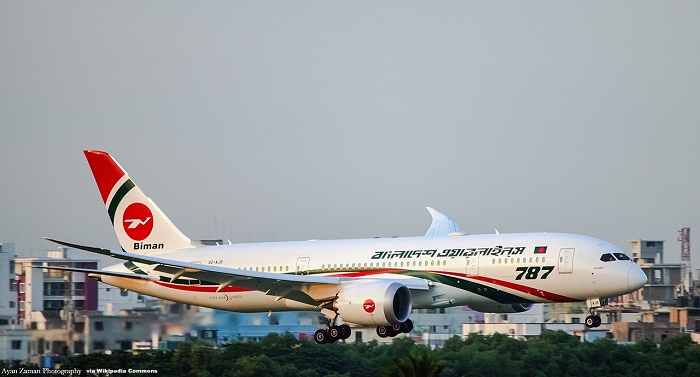 A Biman Bangladesh Airlines flight from Singapore has made an emergency landing at Shah Amanat International Airport in Chattogram.

Before the emergency landing at Chattogram on Monday, the aircraft faced problems in the engine.

The Boeing 737-800 landed safely in the airport without any trouble and all the passengers of the flight (BG-085) are safe, said Shakil Meraj, a general manager of the national flag carrier, according to media report.

The plane touched down at Chattogram airport at 5:40pm, said Khairul Kabir, acting manager of the airport.

"The flight from Singapore was scheduled to land in Dhaka at 5:20pm. But the pilot made an emergency landing at Shah Amanat Airport after detecting a problem with the engine."

There was a difficulty with the plane's left engine, he informed.