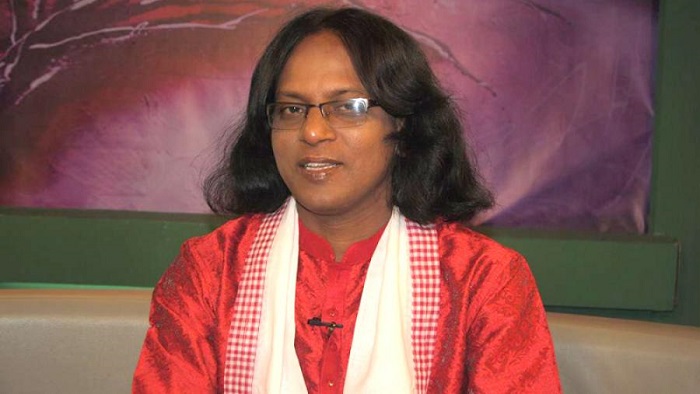 Later, his body was buried there beside his late brother and freedom fighter Raihanul Haque Mofa at 2.45 pm.

Earlier on Sunday night, the first Namaz-e-Janaza of Raja was held at Pallobi and the second Namaz-e-Janaza held at the Dhaka Reporters Unity in the capital city.

“On Sunday noon, his body was recovered from a room at Bhaoyaiya School ‘Kolotan Sangskritik Academy’, established by Raja in 20011 at Pallobi in Dhaka. The doctors said that he died of heart attack,” Amin said quoting family members.

Raja is survived by his wife, one son and one daughter and a host of relatives and admirers.

People from all walks of life, including journalists and cultural activists and his relatives broke down in tears and placed wreaths on his coffin to pay last tribute. Raja was born in 1971 in Khorkhoria Bhottopara village of Chilmari upazila in Kurigram.

Side by side with becoming a popular Bhaoyaiya artist, Raja was also a prominent journalist. He worked in the daily Jugantor for over 14 years in his 24-year career in journalism.

He also worked at the Daily Janata and Daily Orthoniti and he served as the Chief Reporter of the online news portal prio.com in last part of his career.

He was awarded several times in journalism.