US retail sales rebound in Jan from bleak Dec 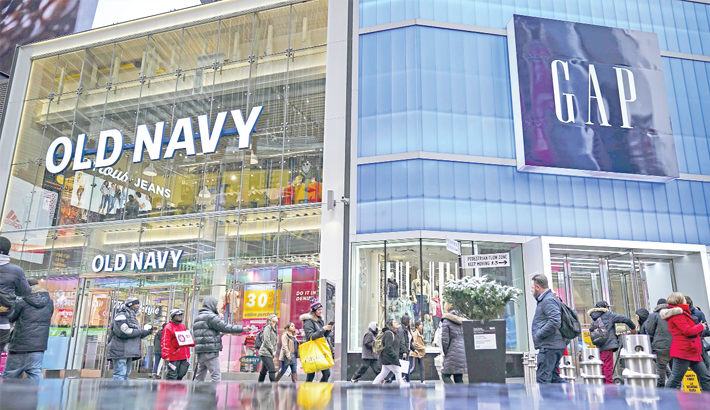 WASHINGTON: The US economy saw retail sales rebound slightly in January but December's sales were even worse than originally reported, according to government data released Monday.

The bleak December figures were yet another sign of the economic angst in the latter part of 2018, amid a Wall Street rout and as the US-China trade war inflamed fears of a global slowdown, reports AFP.

But December sales fell 1.6 percent from the prior month, revised from the 1.2 percent decline originally reported -- the worst drop in 10 years, the Commerce Department said.

The data collection and release were delayed due to the five-week government shutdown as President Donald Trump demanded funding for a border wall, which also sapped consumer and business confidence.

The first quarter of 2019 is not expected to help the White House fulfill its pledge for 3 percent growth this year, as most economists, including the Federal Reserve and International Monetary Fund project a slowdown.

The slight rebound in retail sales was "not enough to rescue Q1 consumption," Ian Shepherdson of Pantheon Macroeconomics said.

He cautions that the data are subject to repeated revisions but will not return to the pace of a year ago, "given the fading boost from the tax cuts and the drop in gas prices in Q4."

"But the December plunge probably overstates the downshift substantially," he said in a research note.

Compared to the same month of the previous year, sales in January were 2.3 percent higher, while December was up 1.7 percent, according to the report.

For the monthly gain excluding motor vehicles and parts, January sales were better -- up 0.9 percent -- and December's were much worse: a drop of 2.1 percent.

Online retailers saw sales jump 2.6 percent in January from the prior month, after a 5 percent drop in December, the data showed.

At the start of the year, retailers posted big declines for motor vehicles, furniture, clothing and gasoline stations, with gains for sporting goods and book stores, building materials and garden supplies, food and beverage and health.