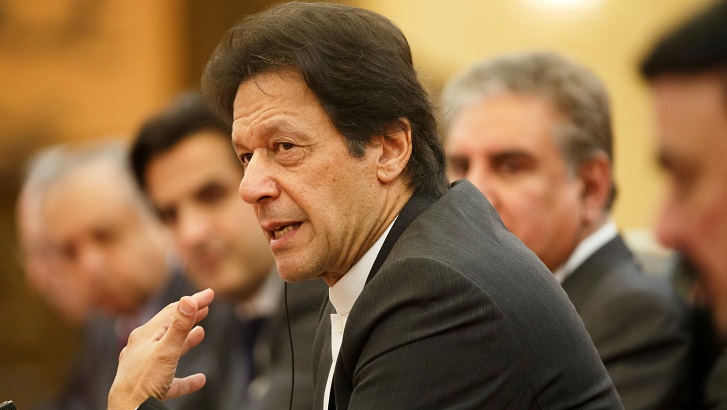 Cricket stadiums around India have taken down portraits of Pakistan's former captain-turned-Prime Minister Imran Khan amid protests over the killing of 41 paramilitaries in Indian-administered Kashmir last week.

India has blamed Pakistan for the suicide attack on a military convoy that sparked widespread calls for action against the country's neighbour.

Khan, who led Pakistan to a World Cup victory in 1992, is considered one of the best players ever, and his portrait is found at many grounds around the world.

But the Cricket Club of India in Mumbai and the Test ground at Mohali have led the portrait protests by removing pictures of Khan and other Pakistan stars.

"We respect the sentiments of the people of India who are angry by what happened in Kashmir. In protest we took off the pictures of all Pakistani players," Punjab Cricket Association treasurer Ajay Tyagi told AFP.

"We have kept them in safe custody and will see later what we are going to do about them," he added.

The Pakistan Cricket Board (PCB) slammed the removal of the portraits.

"We have always believed and emphasised that sports and politics should be kept separate. History tells us that sports, particularly cricket, have always played a key role in building bridges between people and countries," PCB managing director Wasim Khan said in a statement.

He called the protests "highly regrettable."

India froze bilateral cricketing ties with Pakistan after deadly attacks on Mumbai in 2008 blamed on militants based across the border.

The arch rivals only play each other abroad, and are next scheduled to meet in the World Cup in England starting June 15.