Oikya Front yet to find venue for public hearing: Rob 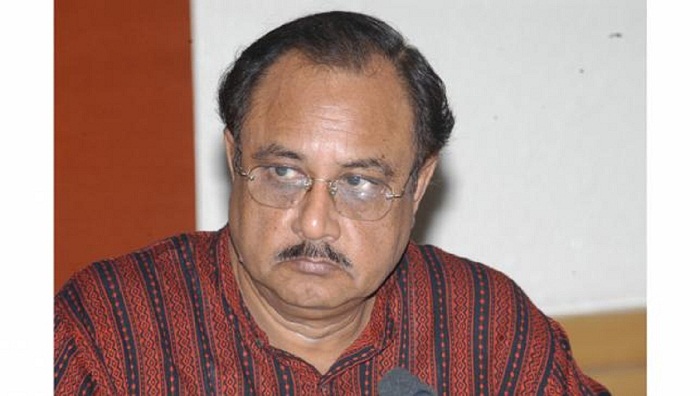 Jatiya Oikya Front on Sunday alleged that it is not getting any venue in the capital to hold its scheduled public hearing on the 11th parliamentary election on February 24 due to obstruction by the government.

Talking to reporters after a joint meeting of Oikya Front steering and coordination committees at Gano Forum’s central office, Jatiya Samajtantrik Dal (JSD) president ASM Abdur Rob, however, said their alliance is determined to hold the programme under any circumstances.

“They (govt) have booked all the halls (venues) in the city until February 28 centring our public hearing. They’ve asked the authorities of different institutions not allow us to hold our programme. But we’re adamant to hold our programme anywhere in the capital,” he said.

At their meeting, he said, they decided to hold their programme on February 24 braving all the obstacles. “If necessary, we’ll arrange our programme at any open place.

Rob said their alliance started sending invitation cards today (Sunday) to political parties, except those who are in the Awami League-led Grand Alliance, to join the public hearing.

Besides, he said, Oikya Front candidates, the relatives of those killed in the election violence, and those subjected to attacks, harassment and arrest will also be invited to participate in the event.

By arranging the public hearing, the Oikya Front leader said, they want to give a reply to the ‘mockery’ staged by the government on December 29 and December 30 in the name of a national election.

In the public hearing, he said, they will present before people and the international community that 97 percent votes were cast using thump impression.

He said the public hearing will be held from 10am and 4pm.

Oikya Front Convener and Gano Forum president Dr Kamal Hossain could not join the meeting due to illness, the alliance leaders said.