Bangladesh in dire need to bounce back against New Zealand 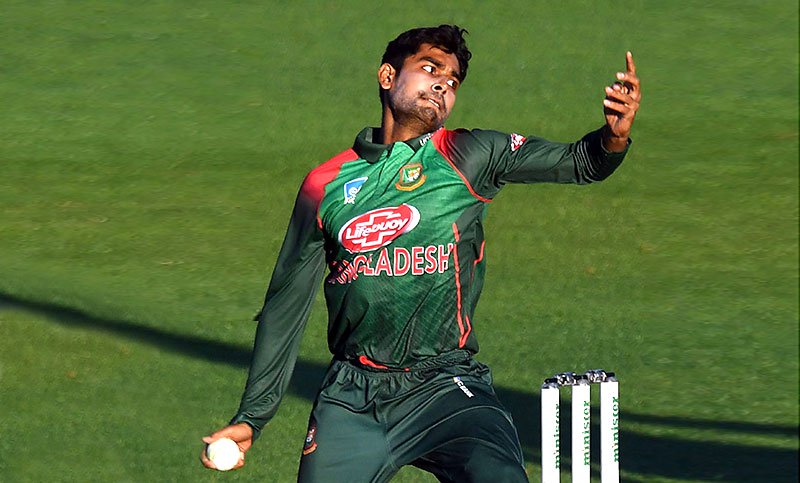 To keep the dream of winning an ODI series in New Zealand alive, Bangladesh are in a dire need to bounce back in the second game of the three-match series in Christchurch on Saturday.

The match will kick off at 4am Bangladesh time.

The Tigers were outclassed in the first match of the series in Napier where the hosts came up victorious by a big margin of eight wickets. Martin Guptill struck an unbeaten 117 to help the host take a 1-0 lead in the series.

Mashrafe Bin Mortaza, the Bangladesh captain, said after the match they were poor while batting first after winning the toss in a wicket which was ideal for the pace bowlers.

Bangladesh lost six wickets in 96 runs. Tamim Iqbal, Soumya Sarkar, Lotion Das and Mushfiqur Rahim failed to show their limited-overs prowess in the match. However, Mohammad Mithun and Mohammad Saifuddin showed some resistance from the Tigers to guide them to 232.

"I think batting is a concern for us. We were struggling at the start of our innings and we've lost too many wickets. They bowled well but we lost too many of our wickets at the start," Mashrafe told the broadcaster at the end of the first match.

Bangladesh went to play in New Zealand after the bustle of one month in the Bangladesh Premier League (BPL) which might have taken much time to adapt to the condition of New Zealand.

However, Bangladesh all-rounder Mehidy Hasan said they are still optimistic to win the series in New Zealand.

"We still believe we can win this series. To do that, we have to win the last two games, and the next game on Saturday is most important now," Mehidy told reporters on Thursday.

Mehidy thinks the batsmen should post a total that can boost the confidence of the bowlers.

Bangladesh have played a match in the Hagley Oval in Christchurch and lost the game by 77 runs. In the match back in 2016, New Zealand posted a total of 341 while batting first with the help of Tom Latham's 137. Bangladesh tumbled for 264 in 44.5 overs and eventually lost the game by a big margin.

While the history and the current situation of the series are against Bangladesh, the hosts are confident to wrap up the series on Saturday with one match to play.

They have had a good opening stand passing 100-run mark in the first match which was the first instance in 15 matches. That helped them outplay Bangladesh by eight wickets and they are upbeat to replicate the same success in the next match.

Not only in batting but New Zealand were also fantastic in bowling in the first game as seven out of 10 Bangladesh wickets were hunted by their pace bowlers.

While New Zealanders have vastly relied on their fast-bowlers, Bangladesh overlooked Rubel Hossain's experience in the series opener. Instead of considering Rubel on the playing XI, Bangladesh tasted Saifuddin as a second pace bowler. But he still needs time to prepare himself for the role which was proven by his performance of conceding 43 runs in seven overs and not being able to scalp a single wicket.

Bangladesh might bring one or two changes in the playing XI in the second match of the series.

The final and last ODI of the contest will take place at the same time on February 20. Right after the ODI series, both of the teams will lock horns in a three-match Test series starting from February 28.