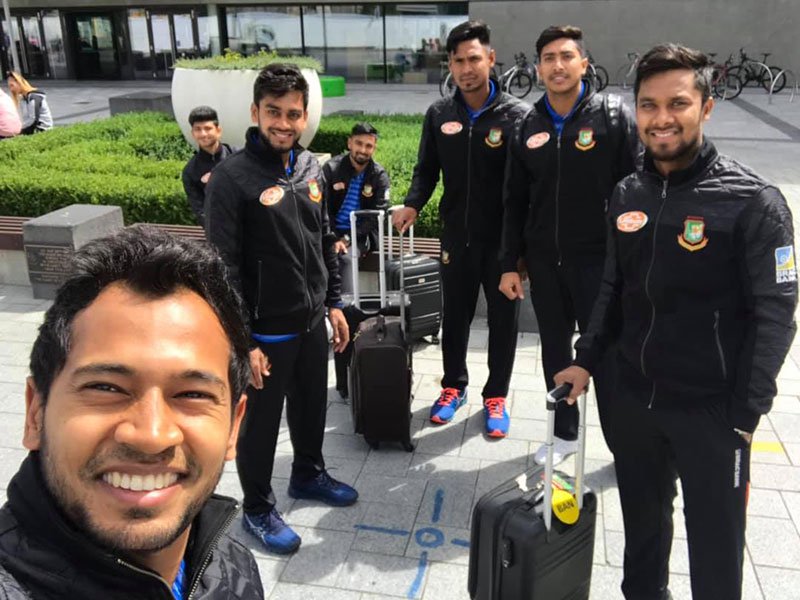 Bangladesh are all set to start their three-match ODI series against hosts New Zealand at Napier.

The first match of the series, which is Bangladesh’s first ODI of the year, will start at 7am on Wednesday. Steve Rhodes, the head coach of the Tigers, said they would play this series keeping a win in mind.

Bangladeshi players were busy with the Bangladesh Premier League (BPL) before heading to New Zealand. On the other hand, New Zealanders were playing against India where they lost the five-match ODI series 4-1 but won the T20 series.

Tigers won two ODI series against Kiwis but none of them was in New Zealand. So winning an ODI series in New Zealand comes as a fresh challenge. Bangladesh head coach believes they have enough strength to beat the hosts.

“It is a big task (to win in New Zealand) but it does not mean we cannot win. We have beaten the West Indies couple of times. We should take a lot of heart from those wins. We know it is going to be difficult in New Zealand but we like being the underdog. I think New Zealand know they have to play very good cricket to beat us,” Rhodes said.

Both teams last played each other in the ICC Champions Trophy in 2017 when Bangladesh came out as victorious thanks to an epic partnership of Shakib Al Hasan and Mahmudullah Riyad. They had struck centuries in the fifth wicket stand at Cardiff to chase down 266 after losing four wickets inside 33 runs.

Rhodes believes Bangladesh have a good memory to take inspiration from that match.

“A lot of them bring back the (Champions Trophy) memory, and I am sure the New Zealanders do too. We have a vastly experienced squad now, which you need in a big tournament and also coming to New Zealand. It is a second and third time for a few of them,” Rhodes further said.

Bangladesh have lost Shakib just before the series to an abrupt finger injury. Chief physician of Bangladesh Cricket Board (BCB) has said Shakib needs at least six weeks to get his fitness back. It means Shakib will not be able to take part in the ODI series. He might be back in the last Test of the series which is scheduled to start from March 16 in Christchurch.

Missing Shakib is a big blow for the Tigers, said the head coach. But he also said Mustafizur Rahman can make a big difference. The left-hander has played two ODIs in New Zealand and taken four wickets.

“I think in any white-ball cricket, you want him on your side. He has ranked in the top five in ODIs. Certainly, he is a good performer when the pressure is on at the end of the innings. It is a key factor for playing against any team,” Rhodes said about Mustafizur.

Overall, Bangladesh have faced the Kiwis in 32 ODIs and won 10 of them. In the last five matches, Bangladesh have won two and lost three. Tigers played 10 matches against Kiwis in New Zealand and lost all of them. Two of those matches were held in the venue of the first match- Napier.

Before another battle against the Tigers, Martin Guptill, the right-handed opener of the Kiwis, said the series will be challenging for his team. He said the last match between them in the Champions Trophy was a display of what Bangladesh can do in cricket now.

“The series is going to be a tough contest, and Bangladesh are a quality side. They have shown us in the Champions Trophy a couple of years ago when they have beaten us in the last game. But we are confident that we can put up a good start and put them on the backfoot,” Guptill said.

While the first ODI of the series will take place in Napier on February 13, the remaining two will be held at Christchurch and Dunedin on February 16 and 20. Right after the ODI series, both teams will lock horn in a three-match Test series. The first Test will take place from February 28 at Hamilton.