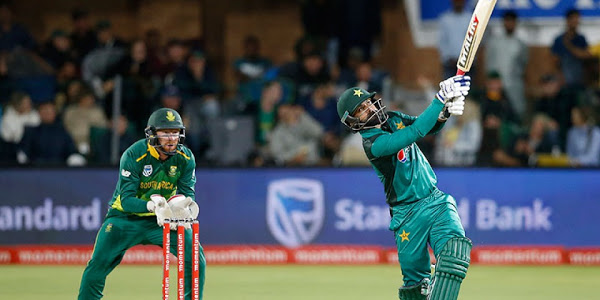 Pakistan tailender Hasan Ali hit a fighting half-century after his top-order teammates failed in the second one-day international against South Africa at Kingsmead on Tuesday.

Pakistan were bowled out for 203, a total which seemed unlikely when Hasan, batting at number ten, came in with his side in desperate trouble at 112 for eight.

Hasan hit a career-best 59 off 45 balls, with five fours and three sixes, and shared a ninth wicket stand of 90 with captain Sarfraz Ahmed (41).

South Africa, beaten by five wickets in the first match in Port Elizabeth on Saturday, sent Pakistan in and dominated the early exchanges.

Medium-pacer Andile Phehlukwayo had career-best figures of four for 22. Shamsi took three for 56.

Kagiso Rabada started Pakistan's slide when he dismissed Imam-ul-Haq and Babar Azam, both caught off mistimed pull shots against short deliveries on a pitch which was slow but with steep bounce when the ball was new.