Repatriation looks uncertain amid call from UN to halt it 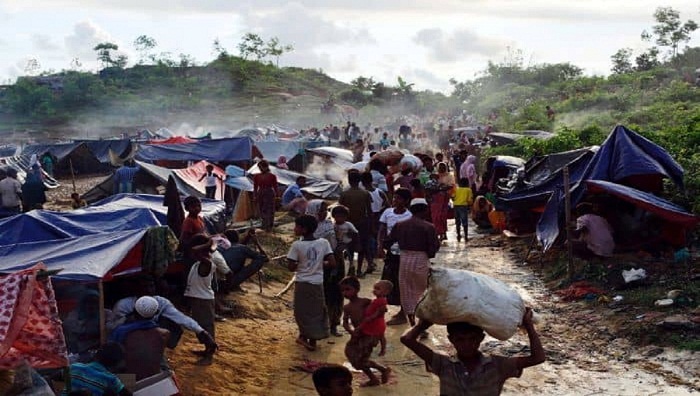 Bangladesh and Myanmar have completed all necessary preparations to repatriate some 150 Rohingyas on Thursday, but the repatriation looks complex and uncertain amid call from the UN to halt it.

The final decision will be taken based on the report of the UN High Commissioner for Refugees (UNHCR) on the situation in Rakhine state of Myanmar.

“The final decision will be known after receiving the UNHCR report. We’re waiting for the report,” said Refugee, Relief and Repatriation Commissioner (RRRC) Mohammad Abul Kalam on Wednesday.

While speaking at a press conference at his office in the afternoon, he said the repatriation process was scheduled to begin through Keruntali Ghat of Teknaf crossing the Naf River but later the decision was changed.

According to the fresh decision, 30 Rohingya families are scheduled to return to Myanmar crossing the Ghumdhum point of Naikkhongchhari in Bandarban on Thursday noon, Kalam said.

Earlier, Bangladesh and Myanmar agreed to begin the first batch of repatriation on November 15 with 150 individuals each day until November 30 and a list of 2,260 Rohingyas, including 450 Hindus of 485 families, has been handed over to the Myanmar side.

Diplomatic sources said a total of 450 Hindus are willing to go back and 66 of them have valid documents who do not need any further verification.

Bangladesh also has handed over a new list of 22,432 Rohingyas to Myanmar side during the last joint working group meeting between the two countries.

"The list of 22,432 has not yet verified," an official said adding that both sides want to complete the return of 2,260 Rohingyas if they are willing to go back.

In the latest statement, UN High Commissioner for Refugees (UNHCR) Filippo Grandi said his agency supports the voluntary and sustainable repatriation of Rohingya refugees in safety and in dignity to their places of origin or choice, and will work with all the parties towards this goal.

The High Commissioner said before making a choice of whether to return or not, the Rohingyas verified by Myanmar as having the right to return should be allowed to visit their places of origin in Rakhine State, or other places to which they might choose to return, so that they themselves can make an independent assessment of whether they feel they can return there in safety and dignity.

He emphasised that the responsibility to improve those conditions rests with Myanmar.

Although UNHCR does not believe the current conditions in Rakhine State are conducive to the voluntary, safe, dignified, and sustainable return of refugees from Bangladesh, the agency said it remains committed to supporting the government of Myanmar’s efforts to create such conditions, under the terms of the tripartite Memorandum of Understanding (MoU).

UNHCR also said it remains deeply grateful to the government of Bangladesh as it continues to generously host Rohingya refugees until they can voluntarily return to Myanmar in safety and dignity.

Meanwhile, UN High Commissioner for Human Rights Michelle Bachelet on Tuesday called on the government of Myanmar to show its seriousness in creating the conditions for return by addressing the root causes of the crisis in Rakhine state, in particular the systematic discrimination against and persecution of Rohingya.

Bachelet also urged the government of Bangladesh to halt plans for the repatriation of more than 2,200 Rohingya refugees to Myanmar, warning that the returns would be in violation of international law and put their lives and freedom at serious risk.

The High Commissioner appealed to the Government of Bangladesh to ensure scrupulously that any repatriation takes place in line with international standards of voluntariness, safety and dignity, with full transparency, and only when the conditions are right.