Kashmir re-emerges as paradise for filmmakers 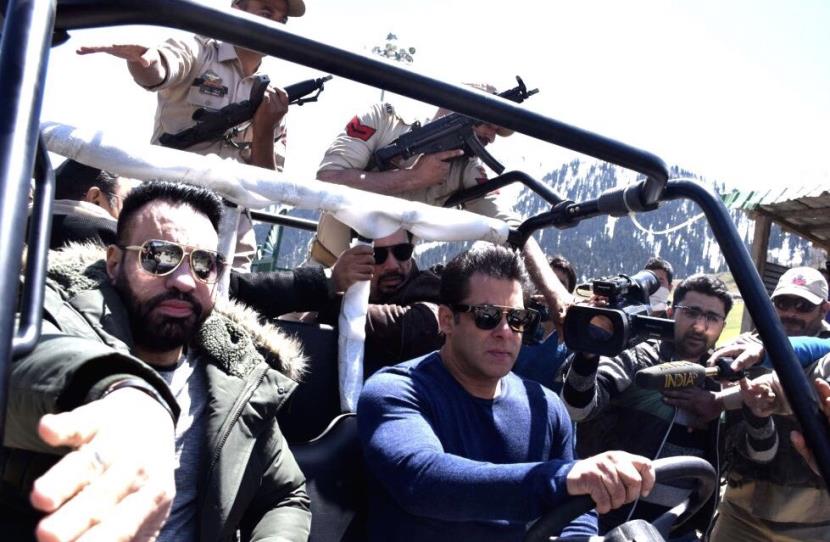 Bollywood is again turning its eyes, and cameras too, towards its once-favourite destination Kashmir as with the increase in the footfall of tourists, film crews are returning to the Valley to capture the picturesque, shooting-friendly locales and rekindle the old romance with the place.

Of late, several movies have been filmed in Kashmir portraying the place in a positive way rather than focusing on the violence and strife. This year, so far, many stars, including Salman Khan, Abhishek Bachchan and Jacqueline Fernandez, have visited the Valley for filming.

Salman and his leading lady Jacqueline shot for the final lap of the third installment of action-thriller Race, which is produced by Ramesh Taurani. The crew after wrapping up shooting in the picturesque Sonamarg meadow in Ganderbal district in central Kashmir, started filming in the Ladakh region of the state.

This is the second time Salman has shot in Sonamarg. He filmed Kabir Khan-directed Bajrangi Bhaijaan at the meadow in 2015. Before Salman, this year Abhishek shot for director Anurag Kashyap’s Manmarziyan in the Valley.

The film also stars Vicky Kaushal and Taapsee Pannu. The crew filmed many scenes near the Thajiwas Glacier and Zojila in Sonamarg.

The shooting of the serial would be held at Mughal Gardens, Shankaracharya Road, Nageen Lake and Downtown areas of the summer capital, besides popular destinations like Sonamarg, Gulmarg, Pahalgam, Doodpathri and Yousmarg. Besides Bollywood, the filmmakers from South India are also visiting Kashmir this season for shooting.

Annupurna Studios Private Limited is shooting for Telugu serial Maddamandaram at different locations in Srinagar, Gulmarg and Sonamarg. One of the favourite destinations for the filmmakers once, Kashmir was overlooked for several years by Bollywood after the onset of militancy in 1990 and over the years, few films which were shot in the Valley focused primarily on the unrest.

With the improvement in the situation, the filmmakers have set their eyes on the Valley again. Many films, including Shah Rukh Khan-starrer Jab Tak Hain Jaan and Ranbir Kapoor-led Rockstar were shot in Kashmir.

Last year, Neeraj Pandey’s Aiyaary was shot in Kashmir. Recently, a film based on Nobel laureate Malala Yousafzai was also shot in the Valley. Vidhu Vinod Chopra also shot here, in March this year, a film based on Kashmiri Pandits.

Officials and stakeholders believe that filmmakers visiting Kashmir in droves for shooting would give a fillip to the tourism sector here.

“Filmmakers returning to Kashmir is a good sign for tourism. We are doing our bit to facilitate the filmmakers and attract them to the Valley,” Director Tourism Kashmir Mahmood Shah told PTI.

Shah said the department has granted permissions to several crews to shoot in the Valley.

“We have issued several permissions, including for shooting of a South Indian serial. I am sure many more will come to Kashmir,” he said.

The director said apart from breathtaking locales, the administrational support in Kashmir, competitive rates and hassle-free permits are the biggest attractions for the filmmakers to shoot in the Valley.

“People walk into the office and get permission on the same day,” Shah said, adding single-window clearance system for permissions helps attract filmmakers… We are hopeful the films will help us revive tourism in a big way,” he said.

Shah said currently, a BBC team is also in Kashmir making a special documentary on wild vegetables that grow in the Valley, especially the edible Morels (Morchella) commonly called ‘Guchchis’ – an expensive variety of mushrooms found in the Kashmir forests.

The director said not only Bollywood, but the other film and documentary-makers have started visiting Kashmir to showcase the rich diversity of the place to the outside world.

Shah said the department wants to showcase all the aspects of the Kashmir tourism to the outside world.

“We do not want to confine our tourism industry to leisure tours, but we need to diversify and cater to all tastes of the travellers,” he said.