Lunar New Year: Who owns the 'lucky money' in a red envelope? 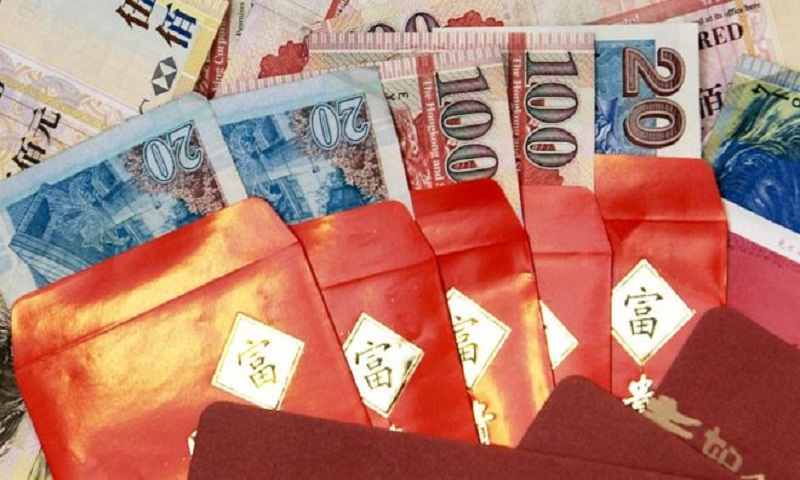 Every Lunar New Year, children are typically given red envelopes containing "lucky money", meant to represent good wishes for the year ahead.

Beginning this year on 16 February, the holiday is celebrated by hundreds of millions of people around the world.

But this week, the case of a woman suing her parents for pocketing 58,000 Chinese yuan ($9,200, £6,600) of what she received, has got people asking who owns the money in a red envelope - the children or their parents?

What is a red envelope?

It is referred to by many names - in Mandarin it's called "hongbao" and in Cantonese it is "lai see" - but what it is essentially is an envelope filled with cash.

It is generally given out to children or younger unmarried relatives during Chinese New Year by those who are already married as tokens of good fortune and blessing for the year ahead.

Typically, only married folks give out red envelopes, though unmarried people can also do so if they are feeling particularly generous.

The amount of money in a red envelope can vary from as little as $2 to hundreds of dollars.

What happened in this incident?

Earlier this week, a university student from China's south-western Yunnan province won a case against her parents, who she claims "embezzled" her red packet money, Chinese media reported.

She said they had kept some 58,000 yuan worth of red envelopes that were given to her over the years.

The woman, identified only as Juan, said she resorted to legal action after her divorced parents refused to pay her university tuition fees.

The court ruled in her favour and her parents were ordered to pay her 1,500 yuan every month until she graduated from university.

So who should get to keep red envelope money?

Some say that parents should be allowed to keep the money as compensation for what they give out to other children and the general cost of raising a child.

"My parents would keep our money to balance out what they had to give to others," Angeline Ang-Pang, who lives in Singapore, told the BBC. "My sister and I were okay with that because they always took time to explain that money isn't easy to earn."

Another Singaporean shared a similar experience.

"My parents told us that it was their way of covering the 'cost' of giving out hongbaos," said Pengli. "It still makes sense to me, cause the significance of it is not the money but more the act of giving."

Ashley Chan, a 27-year-old based in Hong Kong, told the BBC she also thought it was the parents who should keep the money.

"They paid for my education, gave me an allowance and basically paid for everything when I was young."

But not everyone agrees, saying the money belongs to its intended recipients - the children.

"The money was intended to be for you, so it's yours," said a user of Chinese micro-blogging website Weibo.

"I'm 24 this year and I've kept the money from all my red envelopes. My parents have not gained even one cent," another user said.

"My parents deposited my money into a bank account for me and I got it back later on," said Justin Ng, a 28-year-old based in Singapore.

One parent the BBC spoke to agreed, saying that they believed the child had a right to their "lucky money".

"For my kids, I keep the money and I'll give it back to them in future," said Rose Lim. "I think the child should be entitled to the money. Without the child, there wouldn't be the money to begin with."