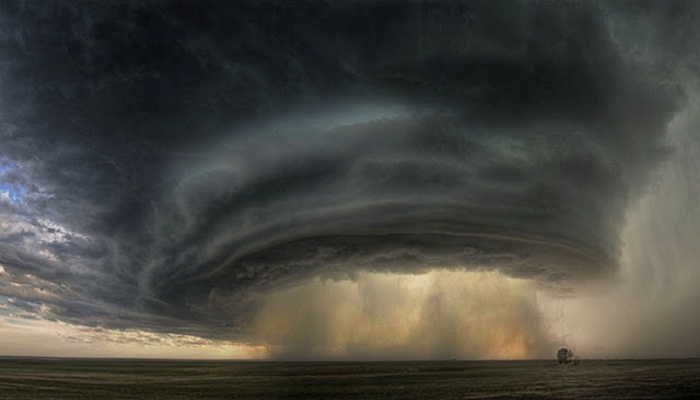 Washington:  Tornadoes hit parts of three midwestern US states of Iowa, Illinois and Ohio, in what forecasters from the National Weather Service warned was a "particularly dangerous situation", media reported today.
People across the Midwest should be on alert for severe weather since the storms hit the region on Thursday, CNN quoted the weather agency as saying.
One person has died as a result of storms in Fairdale, Illinois, said a state emergency management spokeswoman.
According to officials, in Rochelle, Illinois, there were "multiple reports of injuries and damage".
A video of the storm, uploaded on the video-sharing web site YouTube, showed a massive twister barrelling across an open field.
More tornadoes were later reported around Rockford -- which is Illinois' third largest city, about 85 miles northwest of Chicago -- and near the Illinois community of Ashton, which also saw tennis ball-sized hail.
Eight tornadoes were reported on Wednesday in Oklahoma, Kansas and Missouri, the Storm Prediction Center said.
Meanwhile, more storms are expected in the Midwest, Mississippi River Valley, Tennessee River Valley and near the southern Great Lakes.