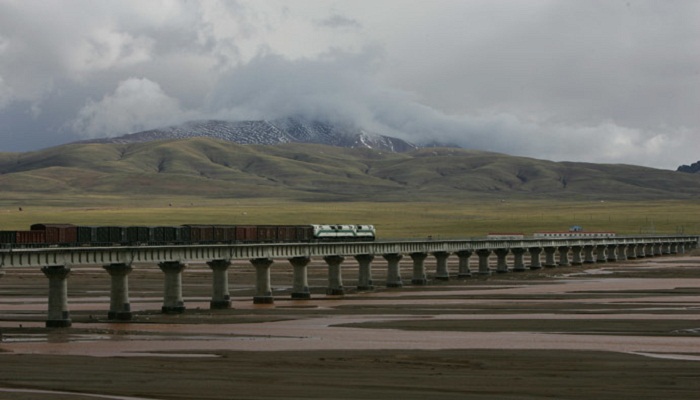 BEIJING: China is planning to build a tunnel under Mount Everest, called Qomolangma in Tibetan, as part of its plan to extend its rail link to Nepal, the state run China Daily said on Thursday.
"The line will probably have to go through Qomolangma so that workers may have to dig some very long tunnels," railway expert Wang Mengshu told China Daily.
He said that the changes in elevation along the line were remarkable and added that the speed of trains on the proposed Nepal line would be restricted at 120 km per hour because of the difficult mountain terrain.
This is the first time a tunnel plan has been revealed to reach Nepal. China had earlier discussed extending the Qinghai-Lhasa line to the Nepalese border without digging a tunnel.
Sources said the idea was to find a short route to Nepal for accessing the vast Indian market. Besides, China might be trying to involve Nepal for its Bangladesh-China-India-Myanmar (BCIM) project because New Delhi has shown little enthusiasm for this corridor, sources said.
"If the proposal becomes a reality, bilateral trade, especially in agricultural products, will get a strong boost, along with tourism and people-to-people exchange," Wang said.
The Nepal rail project, which has been taken up at Kathmandu's request, will be completed by 2020, China Daily quoted a Tibetan official as saying. The project was discussed during the visit of Chinese foreign minister Wang Yi to Kathmandu in December, according to Nepalese reports.
In August last year, China completed a 253-km long railway line extending the Lhasa line to Xigaze, the second biggest city of Tibet which is closer to the Nepalese border.
In another move involving India's neighborhood, China is likely to sign a deal to help Pakistan build a natural gas pipeline to Iran. The contract is expected to be signed during president Xi Jinping's upcoming visit to Islamabad.