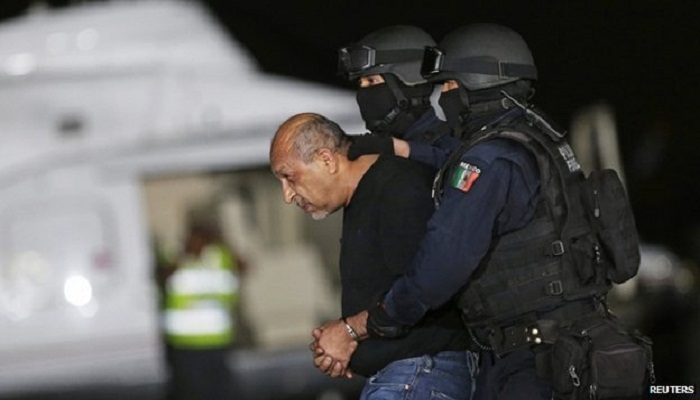 Mexican authorities have detained Servando Gomez, leader of the Knights Templar drug cartel, federal police told CNN En Español on Friday.
Gomez was detained early Friday in Morelia, the capital of the state of Michoacan, about 135 miles (217 kilometers) west of Mexico City, authorities said.
The Knights Templar drug organization has operated for years in Michoacan, in central-western Mexico. The Mexican government has accused it of involvement in drug trafficking, killings, kidnappings and extortion.
Michoacan has long been a flashpoint in Mexico's drug war. In the past year or so, it has been the scene of fighting between the Knights Templar and vigilante groups that have armed themselves and patrolled the streets.
The vigilante groups grew from complaints that the government was not doing enough to protect citizens from the cartel. The government acted last year, providing the groups a path to becoming recognized after first calling for them to disarm. The Mexican government also sent forces to the region.
Authorities in Mexico said last year that the presence of Mexican troops had weakened the Knights Templar.