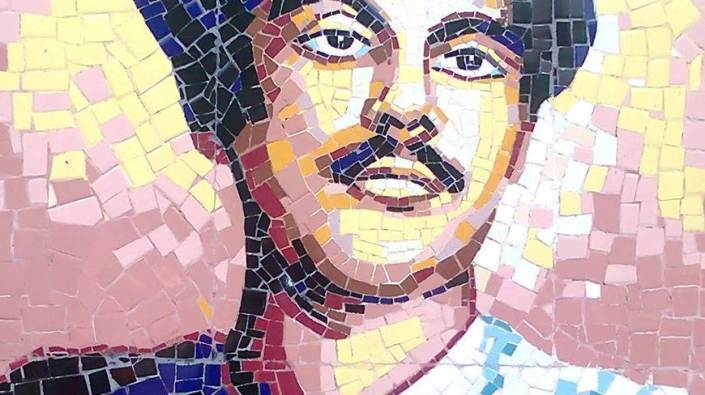 Tomorrow is the 40th death anniversary of National Poet Kazi Nazrul Islam. On this day (12 Bhadra of Bangla calendar year) in 1976, the poet breathed his last at the then PG Hospital now Bangabandhu Sheikh Mujib Medical University Hospital in the city.

The Poet was buried with state honour beside the Dhaka University Central Mosque. Different political parties, socio-cultural and professional bodies have chalked out elaborate programmes to observe of the poet's death anniversary.

Bangladesh Betar and Bangladesh Television, and other private television channels and radio stations will air special programmes while the national dailies will publish special supplements marking the day.

The programmes of the day will start with Qurankhwani after Fajr prayers at Dhaka University Central Mosque that will be followed by a rally of teachers, students, officers and employees of the university in front of the sculpture 'Aparajeo Bangla' from where vice-chancellor of the university will lead a procession at 7.15 am to place wreath at the grave of the poet, a press release of Dhaka University (DU) said.

Besides, special prayers (fateha) will be offered at the poet's grave and a discussion will be held there with the DU vice-chancellor in the chair.

Most famous for his fiery poem Bidrohi (The Rebel) and his many melodious songs, Kazi Nazrul Islam was born on the 11th Joishtha in Bengali calendar year 1306 in Churulia, near Asansol in the Burdwan district of West Bengal. He was a poet, lyricist, musician, revolutionary and philosopher. The nation got inspirations from Nazrul's poems and songs during the great Liberation War and all democratic movements and struggles.

There are 2,400 of his songs, and together, they are known as Nazrul-Geeti or Nazrul Sangit. He composed the songs, which he liked to tune himself. After the Independence of Bangladesh, Father of the Nation Bangabandhu Sheikh Mujibur Rahman brought poet Nazrul Islam to Dhaka from Kolkata along with his family and made arrangements for living with state honour.