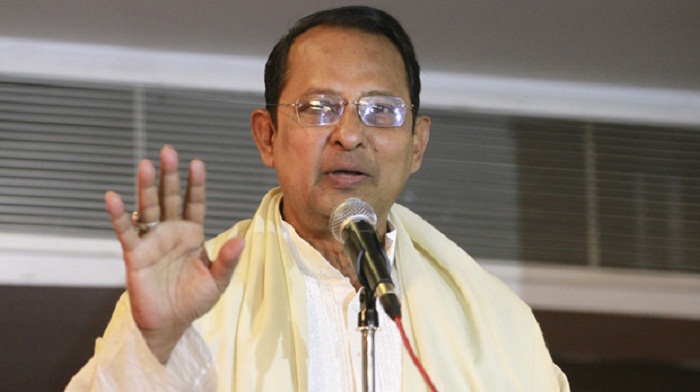 Jatiya Samajtantrik Dal (Jasod) President and Information Minister Hasanul Haq Inu on Saturday called for continuation of united efforts against terrorism to uproot the curse from the society.

The Jasod president made the call while presiding over the party's national committee meeting at the Shaheed Colonel Taher auditorium in the city, UNB reports.

Inu said BNP would not get place in the democratic politics until the party will get rid of the allegation of militancy and terrorism.

He said there is no place of corruption and nepotism under the umbrella of grand alliance as it is an alliance of struggle.

"Discrimination should be removed to reach the yields of development activities of the incumbent government at grassroots," he opined.

The Jasod president urged his party leaders and workers to make the upcoming national conference of the party on February 26 and 27 a success.