The presence of army personnel in the jail was unexpected for the jail authorities and hence they were hesitant. Their hesitation ended when the President's order came. The illegal president gave illegal orders. So, the main accused of jail killing is Khandaker Mushtaq. What was the case of jail killing? Why did the incident happen? What was the aftermath of the incident? But it must be remembered that there is no precedent for killing jail inmates and people in maximum security. It happened in Bangladesh, the land of all possibilities. In modern times, such murders were a cause for alarm. That too is like the killing of four national leaders by the army of an independent country. However, on August 15, 1975, after killing the architect of the state, these soldiers, trained in Pakistan, twisted their hands and gathered courage. Furthermore, the November 3rd jail killings were, for all intents and purposes, a continuation of the August 15th killings, and notwithstanding whatever may have been cited as the immediate cause of the November 3rd killings.

On November 3, between 1.30 and 2.00 night, a pickup truck with soldiers stopped in front of the Dhaka Central Jail. There was no reason for the army to be there at that time; at least that is the interpretation of jail authorities. However, the reason was revealed shortly after, which was disgusting, gruesome and shocking. The order came to the jail around half past one. When the phone rang in the authorities’ room, the concerned person picked up the receiver; he was told from the other end that the President will speak to the IG of the Police. Puppet President Mushtaq spoke with the IG. The IG's comment was, “The President said, you do what the army officers want.” Two comments are relevant to the way things unfolded. It is conceivable that only Mushtaq obeyed the orders of the majors occupying the Bangabhaban.

Anyway, it was 3 am while the shameful incident was going on. At that time, the army ordered to gather of the four national leaders. The Inspector General of Prisons wrote the names of four people on a piece of paper and gave it to the authorities. The four leaders are Syed Nazrul Islam, Tajuddin Ahmad, Captain Mansur Ali and AHM Kamaruzzaman. Syed Nazrul Islam and Tajuddin Ahmad were in one room and Captain Mansur Ali and AHM Kamaruzzaman were in another room. Everyone was gathered in the first room. 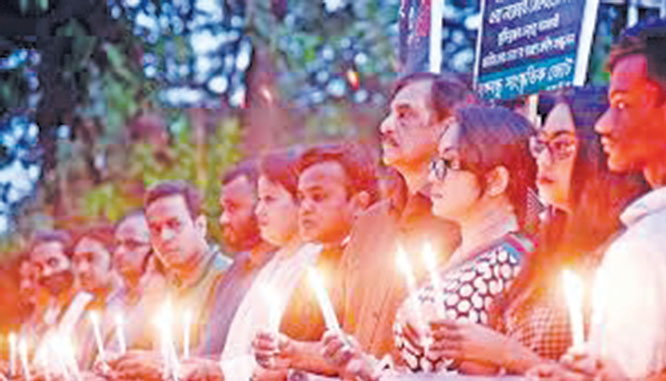 Tajuddin was reading Quran Sharif at that time. Syed Nazrul Islam washed his hands and face. But no one asked why they were doing this. However, 'Army is coming.' Inaudible abuse ran from the mouths of the impatient and angry soldiers. Then brushfire! Four national leaders died untimely. None of the top leaders of Awami League or Bakshal survived. Both bullets and bayonets were used to kill them. The killers of Bangabandhu and the four national leaders were the same group.

Why this murder? Several eyewitness ex-army officers mentioned two main reasons— consequences of leadership tension in the military and the counter-coup led by Khaled Musharraf on November 3. Following the coup, the Awami League would gain public support. In that case, it would not be appropriate to keep the four imprisoned leaders alive. While such explanations are acceptable, some additional explanations are desirable in parallel. First, in the eyes of the murderers, Bangabandhu and four national leaders committed a crime by catalysing the creation of Bangladesh. So, the aim of Pakistan-trained and Pakistan-minded killers was to kill them. And it is known that Bangladesh was going to become a mini-Pakistan after 1975. In addition, pro-Pakistani Mushtaq was a favourite of the killers. Secondly, in the absence of Bangabandhu, the four national leaders committed a greater crime by successfully conducting the Liberation War. In addition, if the four leaders accompanied Mushtaq after August 15, they would not have been imprisoned or given their lives.

Three fugitive former army officers were sentenced to death. 12 army officers were sentenced to life imprisonment. For understandable reasons, five people including four senior leaders of BNP were acquitted during the BNP-Jamaat government. On 28 August 2008, the High Court acquitted six military officers accused in the custodial murder case, including Syed Farooq Rahman, Sultan Shahriar Rashid Khan, Bazlul Huda and AKM Mohiuddin Ahmed, who was later hanged for killing Bangabandhu in 2010. The state has appealed to the Supreme Court against those who have been acquitted. The trial is incomplete.

Along with the August 15 killing, there should be an inquiry commission on November 3 shameful murder as well. It should be done in the interest of the state. The killing of intellectuals took place on December 14, 1971, as part of a plan to make the nation unintelligent. This time, as a grand plan to make the nation leaderless, the father of the nation was first killed in a very brutal manner. Then they turned their attention to the rest of the leaders who led the freedom struggle.

Bangabandhu was imprisoned in a Pakistani jail during the nine-month Liberation War. But the warring nation was not leaderless. The four great leaders who filled the void of Bangabandhu's absence very successfully were Syed Nazrul Islam, Tajuddin Ahmad, M Mansur Ali and AHM Kamruzzaman. They participated in every movement of Bangabandhu. They were lifelong companions of Bangabandhu and only death separated them from their commitment, promise and dedication as well as allegiance to Bangabandhu’s leadership.

On the night of March 25, 1971, the Pakistani invaders started mass destruction and massacre across the country. Then Bangabandhu was arrested and taken away from his residence in Dhanmondi. Just before his arrest, Bangabandhu declared independence through a small EPR transmitter on the night of March 25, that is, in the early hours of March 26. The Pakistani military thought that after arresting Bangabandhu, the movement would die down. But no, friends who believed in Bangabandhu's ideals came forward to take the lead.

Most of the senior leaders of the Awami League opposed the 6 points. It was probably during this strong opposition that the new leadership of the Awami League emerged and from there we find Syed Nazrul Islam, Tajuddin Ahmad, Captain Mansoor Ali and AHM Kamaruzzaman as the frontline leaders. If we proceed with the above discussion, we will understand the meaning of prison murder. If not for the revival of the Awami League in 1964, the party would not have made any significant contribution to the opposition politics of the country under the NDF. New leadership came to Awami League on the path of revival, they took the lead.

Khandaker Mushtaq Ahmad was also on this team. But his different point of view was known since the liberation war of 1971. He wanted to get along with the Americans. The irony of fate is that Bangabandhu Sheikh Mujibur Rahman kept Tajuddin Ahmad away after his return home. In this gap, Khandaker Mushtaq engaged in anti-government activities from within the government. Bangabandhu Sheikh Mujibur Rahman and the four leaders were killed by a group of unruly soldiers as a result of a domestic-foreign conspiracy.

The writer is a columnist and researcher 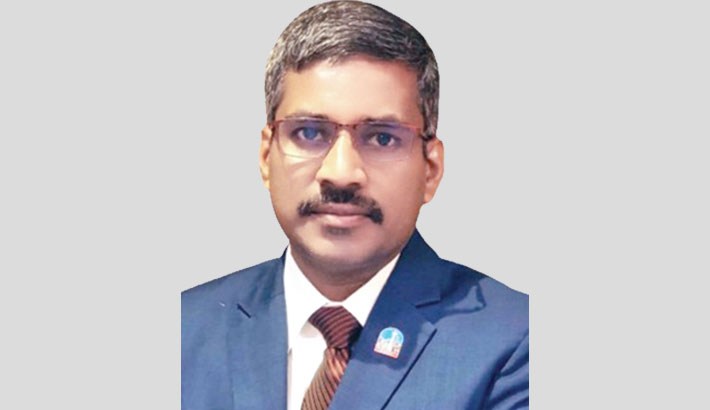 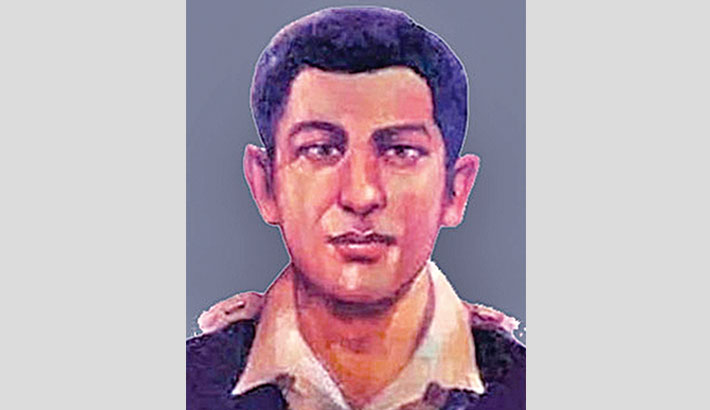