Awami League and BNP activists have come into confrontation over political progarmmes in recent times, heating up the political arena of the country.

Hundreds of the activists from the ruling and opposition parties locked horns with each other to establish political supremacy.

During a political programme, both the camps take position with sticks and weapons on streets and attack each other to reign supreme.

Many people are getting into a panic as several people have already been killed in the AL-BNP clashes in different districts.

BNP leaders alleged that about 52 political programmes of the party came under attack in 18 places in the last week of August.

Section 144 was imposed in eight upazilas following the counter programmes of the two parties.

They also said chase and counter chases often take place between activists of the parties over holding of political programmes.

Many fear that violent clashes may take place between activists of the ruling and opposition parties.

In the latest development, sporadic clashes took place between the two camps at Hazaribagh in the capital on Monday over holding of a BNP rally.

The AL camp alleged that BNP has been carrying out anarchy in the name of its movement.

BNP alleged that over 700 party leaders and activists were arrested and some 50 cases filed against them in August.

Surrounding a BNP rally, there were a chase and a counter chase between AL and BNP men at Hazaribagh, witnesses said.

The rally was scheduled to be held at Dhanmondi, but it was shifted to Hazaribagh following a police ban.

The rally was scheduled to start at 3pm at Hazaribagh. BNP leaders started gathering there in groups.

During the BNP rally in front of Sikdar Medical College, Mohiuddin's supporters chased BNP activists who also chased them.

As police brought the situation under control, BNP finally started its rally at Hazaribagh.

Earlier, the embattled BNP announced the rally in 16 points of the capital to protest against an exorbitant hike in the prices of essential commodities, and the killing of four party leaders.

On September 15, at least 100 BNP activists were injured in a series of clashes with AL activists in Mirpur over the holding of a scheduled rally.

A person was killed and at least 50 others, including 30 policemen, were injured in a clash during a BNP protest rally in Munshiganj on September 20.

On September 1, one person was killed and several others were injured in a clash between BNP activists and policemen in Narayanganj. The deceased was identified as Shaon, 24.

The clash broke out after law enforcers tried to prevent BNP activists from holding a rally.

On September 8, around 50 people, including 21 policemen, were injured in a clash between BNP activists and police in Gangachra upazila of Rangpur after police tried to foil a protest rally of the party.

BNP leaders alleged that police attacked their peaceful programme when they came down on the streets. At least 30 activists were injured in the incident. 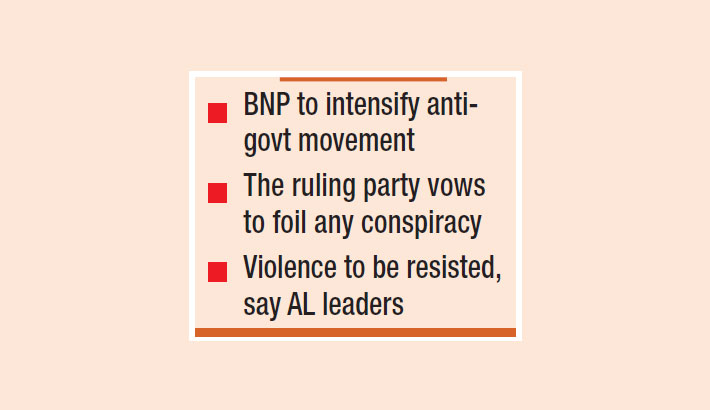 Citizens above 60 to get 4th dose of corona vaccine: Minister

Offenders get off scot-free