Nation overflows with joy after women’s success in SAFF

The entire nation with the Bangladesh football community has also been celebrating the women’s national football team’s success in the 6th SAFF Women’s Championship.

All Bangladeshi people and expats from all over the world have been cheering up and congratulating the team through social media.

The team created a new history when they for the first time clinched the most prestigious regional title, SAFF Women’s Championship title, beating Nepal by 3-1 goals in the final match at their home at Dasharath Stadium in Kathmandu, Nepal on Monday. 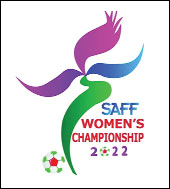 Forward Krishna Rani Sarker scored a brace in the 42nd and 77th minutes and substitute forward Shamsunnahar (Jr) added one in the 13th minute for Bangladesh while forward Anita Basnet reduced the gap in the 70th minute for Nepal in the day’s historical final.

The women in red and green fulfilled a football-mad country’s most desired dream of this prestigious South Asian title after 19 years. The nation for the first and last time saw its men's national team clinch this title in Dhaka in 2003.

The team also touched a milestone as they got their first-ever victory over Nepal women after their seven encounters in the international arena. Nepal earlier beat Bangladesh five times out of the last seven matches while two matches ended in draws.

Bangladesh national team head coach Javier Cabrera and captain Jamal Bhuyan, who were along with the rest of the team in Cambodia to play one of their two FIFA tier-1 international friendlies, sent video messages to the women’s team.

“A huge congratulation to the whole women’s team players and technical staff for their fantastic achievement. We are very very proud of you,” said Cabrera.

“I must congratulate the women's team for winning the SAFF Championship. We are feeling so proud of you. It is really a big achievement. We could not see the game because we had a practice match today. But we are feeling so proud of you and the whole coaching staff. You have to enjoy this night because it is your night and the whole nation is cheering for you,” said Jamal.