Prime Minister Sheikh Hasina on Sunday urged the women to learn from the life of Bangamata Sheikh Fazilatunnesa who set extraordinary instances and examples  of firmness, intelligence and farsightedness, reports UNB.

Sheikh Fazilatunnesa, wife of Bangabandhu Sheikh Mujibur Rahman and mother of the prime minister, was gunned down in the gruesome massacre August 15 in 1975. The mayhem wiped out Bangabandhu, the father of the nation, and most members of his family.

Paying tribute to Bangamata, PM Hasina said she was “a person who sacrificed everything for the independence of a nation and its people.”  “I never saw her breaking down in any crisis,” she said.

Hasina said this while delivering her speech at an international conference titled ‘Bangamata: a paragon of women’s leadership and nation-building in Bangladesh’.

Bangamata Sheikh Fazilatunnesa Centre for Gender and Development Studies of Dhaka University organised the seminar at the Senate Bhaban Auditorium of the University.

The prime minister joined the programme virtually from her official residence Ganabhaban.

She said that all the decisions Bangamata had taken in family matters and politics proved very much appropriate for the family and the country.

Recalling the August 15 bloodshed Hasina said, the killers all used to come to their residence (on Road 32 Dhanmandi) very regularly. “My mother always had treated them with snacks and foods in our house.”    “These people later came (to the house) as the killers,” she said describing how brutal the killers had been.

She mentioned that Bangamata was so courageous that she did not beg for her life when she witnessed the killers firing bullets at Bangabandhu.

In such a situation, people usually beg for their lives, but “my mother did not.”  Instead, standing tall before the killers “my mother asked them to kill her too as they killed her husband,” she said.

The prime minister said that Bangamata had nothing to ask for her personal life and she never desired anything for her own.

“We never heard anything like that; rather she gave away everything what she had for the party, the people and the relatives,” she added.

Hasina said that Bangamata tried to do everything possible for the betterment of womenfolk.

She mentioned that though her mother did not receive formal schooling, she endeavoured to educate her children and also laid emphasis on girls’ education for their empowerment.

The Prime Minister said that Bangamata was the main inspiration for political movements and struggles of Bangabandhu.

During Bangabandhu’s long political carrier, She said, the great woman gave necessary encouragement and support in taking right decisions and continue the movement for the cause of an independent nation.

In this regard, she mentioned that Bangamata played very important role in many crucial moment of the nation in making decisions to forge movement during the Pakistani regime.

Sheikh Hasina pointed out the critical moments of differences of opinions among the senior leaders of the Awami League party on many occasions.

She recalled that Bangamata had given right advices to Bangabandhu at the right time.

When Bangabandhu remained in jail, the prime minister said, Bangamata used to carry messages of directives from Bangabandhu to the leaders and workers of Awami League for strengthening their movement.

Besides, the great lady also used to send information about the situation of the country to Bangabandhu, she added.

After the War of Liberation, the PM said, Begum Mujib played significant role to rehabilitate the women and girls who were violated by the Pakistani forces during the war. 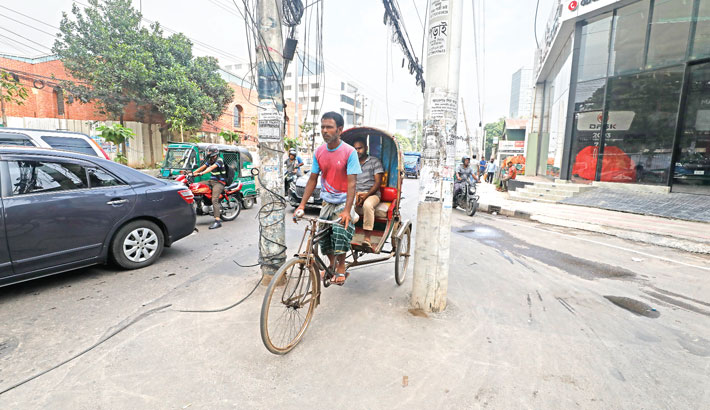