Bangladesh men’s table tennis team made history as they reached quarterfinal in the 22nd Commonwealth Games in Birmingham, England on Saturday.

Earlier, they beat their Fiji rivals by straight 3-0 sets in the first round match at NEC Hall on Friday.

Hridoy and Ramhim first defeated Guyana’s Franklin and Van Lange in the doubles event on Saturday. 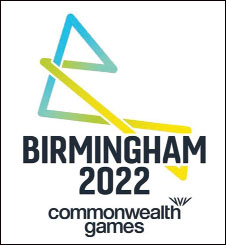 Then in the singles, Rifat Sabbir suffered a 1-3 loss against Briton. However, Hridoy beat Lange by the same margin in the third game to put Bangladesh ahead again.

In the fourth match, Ramhim lost 3-0 and the parity was restored.

Sabbir then won a thriller against Franklin 3-2 to see Bangladesh advance to the last eight.

Bangladesh later lost to England by 0-3 sets but advanced to the next round as group runner-up.

Ashikur lifted 93 kilograms in the snatch round and in the clean and jerk, he lifted 118kg (a total of 211 kilograms).

Malaysia’s Mohamad Aniq Bin Qasdan won the gold medal by setting a new games record in the event after he lifted 249 kilograms.

In the women’s 49-kg category, Bangladesh’s Marjia Akter Ekra lifted a total of 125 kilograms (55kg in snatch and 70 Kg in clean and jerk) and finished 10th out of 11.

Two Bangladeshi swimmers Sonia Akhter Tumpa and Sukumar Rajbanshi demonstrated disappointing performances in the swimming events and were eliminated from the heat in their respective events.

Tumpa finished seventh out of eight participants in the 50m freestyle clocking 30.22 seconds at Birmingham’s Sandwell Aquatics Centre and overall she ranked 61st among the 68 competitors.

In the men’s 100m breaststroke, Sukumar Rajvanshi finished sixth out of eight participants with a timing of 1:07.92 minutes. He finished 30th among the 36 competitors in his event.

Will Shakib even realise his mistake?