10 January of 1972 was a historic day for the people in Bangladesh and it will remain in its place with honour and dignity till the civilisation exists. On this gracious day five decades back, Bangladesh’s Founding Father Bangabandhu Sheikh Mujibur Rahman returned to his free, independent and sovereign homeland from his immurement from Pakistan like a great hero or a man distinguished by exceptional courage and nobility and strength to lead his newly brought into existence nation.

The worst thing for him would be to live in jail with death warrant on his head in Pakistan. He could not look at the clouds in that wretched country and it was hard to believe it was the same sun, the same clouds as people were seeing in Bangladesh. He couldn't help thinking that that cloud he was looking at might come down in the occupied land of Bangladesh by the devilish Pakistani military junta. He was a man who was separated from his people, family and his children for long nine months. He was a majuscule politician who felt heavy infliction. But on 10 January, 1972, he celebrated the joy of being home again and being with those he loved so much.

His Homecoming Day highlights a thrilling victory by Bangladesh’s people over a demonic Pakistani regime. The crowd shuddered with sky-scrapping “Joy Bangla (Victory for Bangladesh)” slogan to welcome him. The bright sun went up. The crowd overfilled the stage, where their hero lingered, and gazed up at him in wonder, as if his very bright face was a sign from the gods. On arrival he was all smiles, but towards the end you could see his eyes started to glisten. The Bangladesh War is a textbook material for students in history. History – all those events – have passed us. But the entire trauma still lives inside us. It’s great for a great hero to be home. He received a hero's welcome – and a great hero’s welcome in his own homeland on 10 January 1972.

On March 26 in 1971, he proclaimed independence of Bangladesh and urged his beloved people from all walks of life to participate wholeheartedly in the nation's war of liberation. At his clarion call, people fought valiantly like the words of James A. Garfield, “We do not know one promise these men made, one pledge they gave, one word they spoke; but we do know they summed up and perfected, by one supreme act, the highest virtues of men and citizens. For love of country, they accepted death, and thus resolved all doubts, and made immortal their patriotism and their virtue” and thus Bangladesh was finally born. But it is true that “the joy and happiness of our Victory Day” remained incomplete in the absence of the figure that was the inspiration for the nation to fight against an enemy so overwhelmingly superior. When people learnt about his homecoming, it was yet another celebration.

All roads led to the old the airport on the day and the crowd swelled until it turned into a sea of people who were waiting with bated breath to greet the supreme leader on the soil of the new country. One can recall the moments when he appeared at the door of the aircraft and waved at the waiting crowd assembled there to have a glimpse of this man who had been instrumental in liberating them from the clutches of oppressors and exploiters. It was genuinely a hugely momentous occasion for the nation. The leader then moved on towards Suhrawardy Udyan where he was to deliver his homecoming speech.

The wildly jubilant crowd moved along with him like a monolithic mass. They wanted to hear from him, as they had heard him on March 7, 1971. He spoke at length; to rebuild the country, a country that had not only suffered the destruction of infrastructure and communications networks, but was also traumatised by the random and ruthless killing of three million people, loss of honour of thousands of women and the physical dislocation of ten million people.  He did not promise them the moon, rather he advised them to be more tolerant and brace for more sacrifice to see better times. He inspired them, urged them on and instilled in them the confidence that was so necessary at that point in time.     Journalist Fox Butterfield of The New York Times, who witnessed Bangabandhu's homecoming, wrote a special report for his Daily titled "Sheikh Mujib Home: 500,000 Give Him Rousing Welcome". Narrating Bangabandhu's return to home, he wrote, "Sheikh Mujibur Rahman received a tumultuous, triumphant welcome today on January 10, 1972 from a crowd of half a million Bengalis as he returned to his native land for the first time since he was arrested nine months ago by the Pakistani authorities." The exultant crowd showered Sheikh Mujib with flowers and chanted "Joy Bangla" ("Victory of Bangla") as their leader stepped from the British Air Force jet that had brought him to his newly born country," the report said. Saying about the dream of the supreme commander of the country's Liberation War, he also wrote, "Sheikh Mujib though looking tired but elated by his reception, later said at an enormous rally at the Dhaka Race Course, “My life's goal has been fulfilled. My Bengal is independent." His voice then broke with emotions. He delivered his coup de grace like he is a poet of politics, and a fighter for just causes!

"Wiping flower petals from his head, Sheikh Mujib inspected an honour of guard of the army, navy and air force of Bangladesh. As the flower-bedecked truck on which Sheikh Mujib rode from the airport passed slowly through the crowd, there were long rhythmic chants of "Sheikh Mujib, Sheikh Mujib, Joy Bangla and Joy Bangla", the report further added. Thousands of voices also chanted, "A new nation has come upon the earth -- Bangladesh! Bangladesh! A new ism has come to the world --Mujibism! Mujibism!"

Narrating the Bengalis emotions, he also wrote, "Many exited spectators tried to touch their leader and who managed to break through police lines hugged him in long embraces.  “Describing Bangabandhu's outer appearance, he also said, "The 51-year-old Sheikh Mujib, who is tall for a Bengali and has a thick mustache and heavy shock of graying hair, was affectionately hailed today, as Bangabandhu or Friend of Bengal. He was wearing a black suit with a high buttoned collar." Writing about Sheikh Mujib's popularity, the NY Times reporter Butterfield wrote, "Sheikh Mujib's popularity is so great that his word has virtually become law with many Bengalis."

On that historic day of 10 January 1972, addressing a huge gathering in Suhrawardy Udyan, Bangabandhu declared, “Bangladesh has earned independence. Now if anybody wants to seize it, Mujib would be the first man to sacrifice his life for the protection of that independence.”

Among the numerous works that have been written during the past decades in commemoration of Bangladesh’s independence by the Bangabandhu Sheikh Mujibur Rahman, those dealing with his life and times are the most remarkable. In them, the character and career of the Liberator are discussed with an amount of fullness unequalled by any of the earlier treatises. The aspects of his versatile genius, his political psychology, his personal habits, his talents and achievements as politico, statesman, his place among the great men of all time, are revealed to an extraordinary degree. So, many are the angles of vision from which his share in the emancipation of Bangladesh from the Pakistani rule is viewed, that the students of the activities of this eminent son of the world find the task of investigation much facilitated.

For the entire generation of people that grew up in the years that led to the birth of Bangladesh in 1971, Bangabandhu Mujib was the unfeigned voice of freedom from Pakistan. 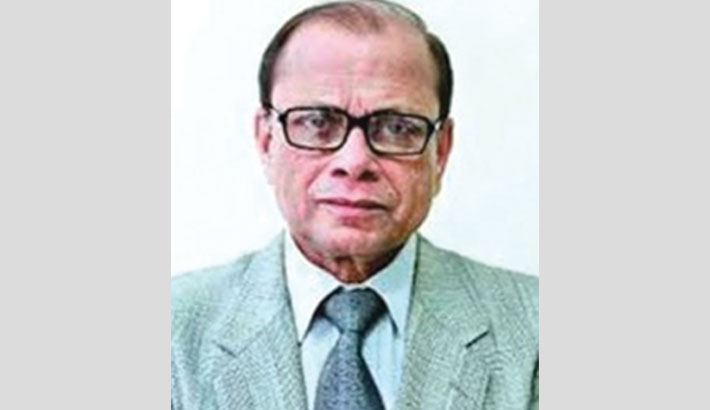