Bangladesh suffered a humiliating innings and eight-run defeat to Pakistan in the second Test to lose the two-match Test series 0-2 at the Sher-e-Bangla National Stadium in Mirpur on Wednesday.

The Tigers, who were forced to a follow-on during the rain-marred Test after they were bowled out for just 87 runs in the first innings, could only manage to score 205 runs in their second innings to lose the match with 24 minutes of play still to be played on the final day.

Pakistan off-spinner Sajid Khan was the main architect of the visitors’ win as he claimed a career-best 8-42 in the first innings to bowl the hosts all out for their lowest Test score at home before the 28-year old finished with 4-86 to wrap up Bangladesh second innings and help his side complete the series win.

Pakistan declared their first innings on 300-4 on day four with four of their batsmen hitting fifties after they won the toss and elected to bat first. 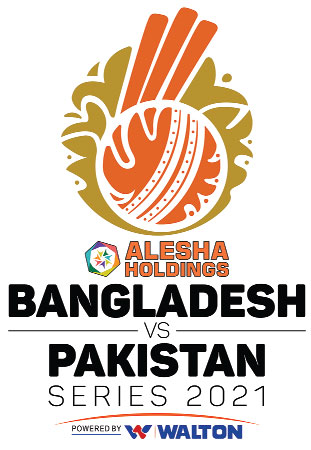 Bangladesh began the final day with a mission of avoiding the follow-on but they lost their remaining three wickets inside six overs after resuming their overnight score of 76-7.

Both Taijul Islam and Khaled Ahmed were dismissed on zero by Sajid and Shaheen Shah Afridi respectively within the first three overs of the day leaving only Shakib Al Hasan to rescue them from the embarrassment.

Shakib then hit a few boundaries that gave Bangladesh some hope but his getting out as the last batsman on 33 to Sajid forced Bangladesh to play the follow-on.

Bangladesh top-order batsmen then showcased yet another dismal performance as Pakistan pacer duo Shaheen and Hasan Ali took two wickets each to reduce the hosts to 25-4.

Experienced Mushfiqur Rahim and Liton Das then put up a 73-run stand for the fifth wicket to bring some respite in the innings before the latter was dismissed on 45 while trying to play a foolish pull shot through square leg off Sajid.

After Liton’s dismissal, Mushfiqur and Shakib repaired their innings with a 49-run stand before the former was run-out while trying to take an unnecessary single leaving Bangladesh to struggle at 147-6 at tea break.

Bangladesh looked to gain some momentum during the last session when Shakib and Mehidy Hasan put up a decent 51-run stand for the seventh wicket and it looked like they might be able to give the hosts a draw result at the end.

Pakistan skipper Babar Azam then played a big trick as he came to bowl to Mehidy (14) and he trapped the batsman in front in his second delivery to break the important stand for the Tigers.

Shakib, who in the meantime completed his 26th Test fifty, misread Sajid’s length to get bowled after making 63 runs before the off-spinner dismissed two tail-enders Khaled (zero) and Taijul (five) to give Pakistan an emphatic victory.

Bangladesh previously also suffered a 0-3 bashing against the same opposition in the preceding three-match T20I series.

The visitors will leave Dhaka at 10:00am today while the Tigers left for New Zealand to play a two-match Test series early Thursday.