Bangladesh Test skipper Mominul Haque feels that their batting unit has the ability to make a turnaround in the ongoing Test series against Pakistan.

The hosts are currently trailing by 0-1 margin in the two-match Test series and they will be looking to finish the series on a high note by winning the series-concluding Test that begins today at the Sher-e-Bangla National Stadium in Mirpur.

Bangladesh’s losing the opening Test in Chattogram was mainly because of their top-order collapse in both innings.

In the first innings, Bangladesh had been down to 49 for 4 before Liton Das and Mushfiqur Rahim led a fine recovery while during the second innings, they were down to 43 for 5 and they also failed to make a comeback, unlike the first innings.

“The most important thing in the Test match is the first hour regardless of who is batting. If we can start well, things will be easier. Our strength is batting so if we can bat for five or six sessions, we can certainly be in the game. We are going out there to win the Test,” Mominul said during a pre-match press conference on Friday.

Mominul also feels that it is better to play in a flat wicket against Pakistan as the cricketers of the sub-continent predominantly play well against spin though he is not sure how the wicket will behave in Mirpur.

“It will be a normal Mirpur wicket. We all know it is difficult to predict. But I don’t think it will be how we played against Australia (that was a spin track),” said Mominul. 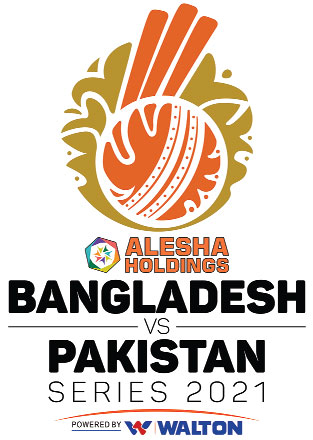 “Everyone from the sub-continent plays spin very well so it is better not to give them a spin wicket. I think everyone else would do the same. I prefer a flat wicket,” he said, adding that he is not ready to put a wicket as an excuse considering everyone is a professional cricketer.

“I also don’t agree that professional cricketers should give wicket or anything as an excuse. A pro cricketer has to play well in a paddy field too. We are certain professionals,” he said.

Shakib returned after recovering from a hamstring that ruled him out since the mid-way of the ICC T20 World Cup but Taskin seems unlikely considering he is yet to recover fully despite his stitches being removed recently.

Taskin was left out from the first Test squad at the eleventh hour after sustaining a right-hand injury during the third T20 against Pakistan.

“Shakib bhai makes it easy to make a team combination. He is looking good. He has recovered from the injury. He makes life easier for any captain. He is important for team combinations. His return is a positive thing,” he said.

“I think we have to see him till tomorrow to decide if he (Taskin) can play. But I think he (Taskin) is ready for New Zealand,” he said, adding that they are thinking of playing seven batsmen and four bowlers.

Mominul said that they have included Mohammad Naim in the 20-member squad as they lacked enough options in their hand.

The inclusion of opening batter Naim, who is a regular face in Bangladesh's T20 side, raised quite a few eyebrows considering he last played a red-ball game back in February 2020.

Naim, who has played only six first-class games, earned a pair in his last long-format match and was not considered anywhere in red-ball cricket since making his T20 debut.

“We don’t have enough openers. Naim is someone who has been playing international cricket regularly. He has played T20s recently, which is why he missed a lot of first-class cricket.

“We wanted an opener who has been playing international cricket. An opener from domestic cricket would have a tough time adjusting to this situation. We also have to consider the New Zealand tour,” said Mominul.

“It definitely matters (whether we are playing red or white-ball cricket). But we don’t have a backup opener. We can prepare an opener who has already played in one international format.

“Opening combination could be lefty-righty,” he concluded, hinting that uncapped Mahmudul Hasan might make a cut in the playing XI.