It was October 8, 2017 and was half past six early in the morning. In KM Das Lane of Tikatuli in the capital, the movement of the passersby have not started yet. Khandoker Abu Talha (21) came out of his house to attend class of 8.30 am at Daffodil University at Ashulia, Savar. He first left for Jatrabari in a rickshaw and planned to ride on a bus from Jatrabari. But disaster struck on the way. After going some 50 yards ahead of his home in front of a departmental store, Talha fell prey to muggers. He was stopped by two muggers who snatched away his money and mobile phone brandishing sharp weapons. That could be the end of a regular mugging story and he could join his class at the university. But there was more to it.

A minute after Talha got mugged, the criminals stopped another rickshaw. Two passengers of the rickshaw Sunny and his sister Sadia, a teacher of Baridhara South Point School, started shouting for help when Talha responded. Seeing such a scene, the young Talha could not keep himself right at this time. To resist, Talha got down from the rickshaw and jumped on the snatchers. He reached out to help save the two neighbours. Talha went ahead shouting that there were snatchers. At first, the hijackers tried to escape seeing Talha’s aggressive role. But he did not back down. He chased and caught one. Sunny, who was in the rickshaw at that time, also grabbed another snatcher. At one point in the fray, the snatcher was able to escape from Sunny. Talha still did not leave the danger behind. At first the snatcher fled but within a moment the other snatchers came together and they stabbed Abu Talha and snatched their accomplice. As Talha grasped one of the muggers from behind, the mugger first stabbed him in his hands and then in his right thigh. He started bleeding profusely.

Sunny and some others tried to catch the muggers, but they fled by an auto rickshaw that had been parked nearby. Talha somehow managed to reach his home in bloody state. Talha’s father Abu Riaz Md. Nuruddin Khandoker Swapan and mother Afroza Sultana who bade goodbye to their child with a smile within few minutes found returning him to the gate in a bloody state. They rushed the seriously injured child to Salauddin Hospital. As his condition deteriorated, he was shifted to Dhaka Medical College Hospital around 7.30 am. But by then it was all over. In the police inquest report, it was stated that there were deep cut marks on his right hand, injury marks on his left hand and a biting mark under his right elbow. On his right thigh, there were two marks of stabbing.

No sooner had I reached the university campus I received the phone call of Talha’s father. He informed me all about the incident. I rushed to Dhaka Medical College Hospital to see him for the last time. I found the frozen body of Talha was waiting for autopsy in the morgue of DMCH. On one side Talha's mother, relatives, friends and classmates are in a grieved mood, on the other side Talhar's father standing beside the wall. His whole body and clothes were stained with the blood of his child. At that moment, I became totally speechless.

Khandoker Abu Talha was a very bright and meritorious student of fourth semester in the Department of Computer Science and Engineering at Daffodil International University in Ashulia. He lived there in the Yunus Khan Scholars Garden residential hall. He used to go to his house at KM Das Lane, Dhaka every Thursday to spend weekend with his parents and sisters. After enjoying holiday, he would return to campus on Saturday. At that time he stayed home as he felt a little sick on Saturday and left for university on Sunday morning.

Personally I know Talha very well as one of my relative. His father is my relative. My first acquaintance with Talha was at Ashulia Campus while he had come along with his father and uncles to visit the DIU’s Ashulia Campus before admission. After visiting the campus, he was convinced and decided to enrol there.

Talha's brutal assassination and heroic sacrifice caused a stir among his friends and classmates, who continued to hold long demonstrations in front of the Daffodil International University campus demanding exemplary punishment for his killers. Talha's classmates, teachers and students of the university participated in it. As a result of the constant pressure of the media and the activities of the administration, Talha's killers were finally caught and brought to justice under the country's customary law.

Whenever I went to Ashulia Campus, I would try to meet him and find out him. Talha's death shocked me terribly. Not only as a child of a gentle family, but for his sense of humility, modesty and respect which always fascinated me. All the qualities of a good student I have found within him. Talha was talented and brave among classmates and friends. He was always kind and helpful to others.

If there was any problem of any student on the campus, Talha would come forward. As an expression of my love towards him, I preserved all his post-mortem news in print, electronic and online media and presented it to his family. Not only was that, just after his death, a nomination sought for 'Faraj Hossain Bravery Award 2017'. With the advice and inspiration of Md. Sabur Khan, Chairman of the Board of Trustees of the University, I submitted all the necessary information, documents, news cutting, news clips for his nominations on behalf of the university. An eight-member jury board made a list of nominees for the award. Khandoker Abu Talha was selected for the award.

The Chairman of the Jury Board was Sir Fazle Hasan Abed, the founder of BRAC. He said, “We selected the first 20 people from among the nominees. Then four people were selected from them. Among them Khandoker Abu Talha was the winner. Like Faraj, this boy also came forward to help others without thinking about his own safety. Such an example is very important in today's society.” The financial value of the award was ten thousand US dollars. Half of which was donated by Talha's father for the 'Khandoker Abu Talha Memorial Bravery Award' introduced by Daffodil University.

Those of us who live in Dhaka are more or less confronted with such unfortunate incidents of snatching or robbery. Pretending not to see, looking at the other way we pass by the situation. Talha was seen by many when the kidnappers were chopping him. But no one came forward. If they had screamed a little or come forward, the snatchers might have fled. Talha would have survived. However, seeing that the neighbouring teacher was being snatched, Talha did not hesitate to sacrifice his life to save them.

He was able to save the neighbour but could not survive on his own. The hijackers were able to free their accomplice from the grip of Talha due to inactivity of others. In our society, the number of terrorists and snatchers is a handful and the rest are common people. But, due to the inaction of this general public, terrorists and snatchers dare to do crimes. I would like to say that the peace of the society is disturbed not because of the wicked people but also because of the inaction of the so-called good people like us. We should all break that inertia and become defendants with the same courage as Talha. Talha will always be remembered as the symbol of bravery. 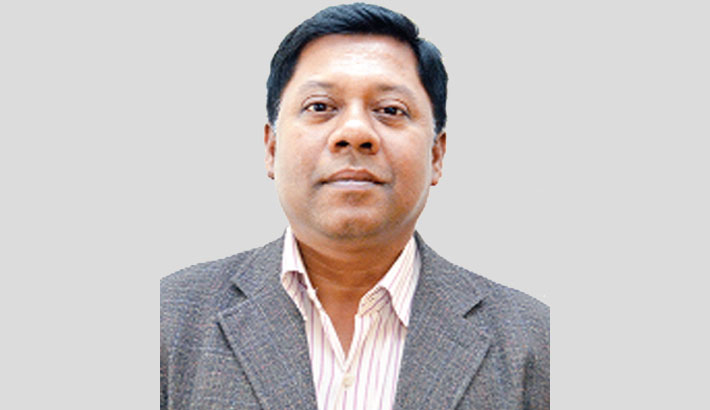 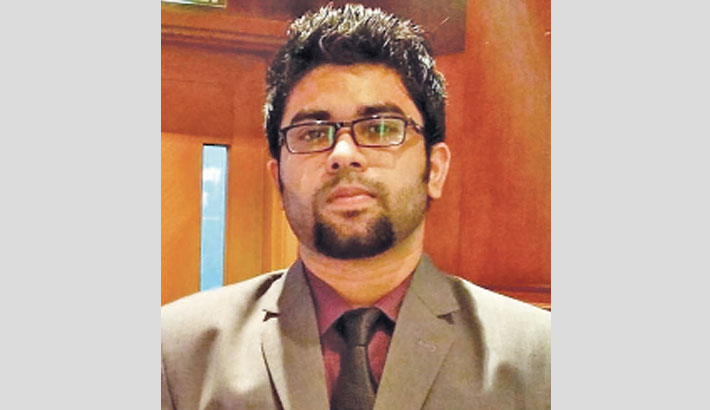