Skipper Zeeshan Maqsood returned bowling figures of 4-20 to set up a 10-wicket win for hosts Oman in the Twenty20 World Cup opener against debutants Papua New Guinea on Sunday.

Maqsood's four wickets, including three in one over, kept PNG to 129 for nine in the first round match at the Al Amerat ground outside Muscat.

Openers Aqib Ilyas (50 from 43 balls) and Jatinder Singh (73 from 42) then clattered the PNG bowlers around the ground without being parted to steer Oman home with 6.2 overs to spare, handing Papua New Guinea a tough lesson in their first-ever World Cup outing. 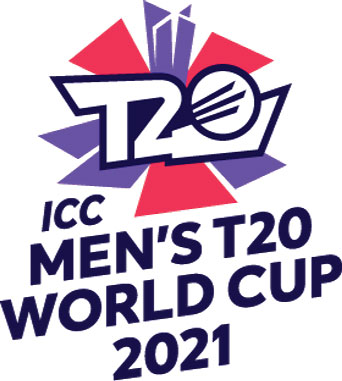 Maqsood remained the hero with his left-arm spin as he struck thrice in one over to rattle PNG who had lost both their openers for naught.

PNG captain Assad Vala, who made 56 off 43 balls, and Charles Amini, who smashed 37, hit back with an attacking third-wicket partnership of 81.

But Mohammad Nadeem ran out the left-handed Amini with a direct throw at the non-striker's end to break the stand and that opened the door for Maqsood. 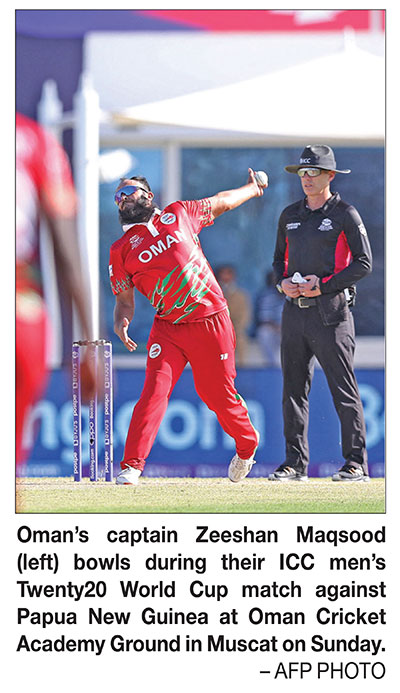 New-ball bowlers Bilal Khan and Kaleemullah, who go by just one name, took two wickets each.

Oman skipper Zeeshan Maqsood said that he is very happy with the performance.

“I am very happy, it was a crucial time for us, and they were batting very well. We got crucial wickets in the match and didn’t allow them to put up a big total. I just try and keep it tight, don’t bowl loose ones and bowl according to the field,” Maqsood said after the match.

“Thanks to all our supporters and the family members. We have to look at our fielding, and minimise our mistakes, so we admit that and come back strong in the game. We always use many bowling options, so that’s a good thing for us. Our catching is alright, but ground fielding has to be better due to nerves. We can’t take it easy and correct our mistakes,” he concluded.

PNG skipper Assad Vala admitted that it wasn’t a perfect start for them and blamed their batting unit for the debacle.

“It wasn’t a good start, and losing two wickets for no runs also wasn’t great for us. It was disappointing to collapse after the partnership and we couldn’t pick up wickets either, so they deserved the win. 160 was par and it would have given us a chance to win. The middle-order could have given us a good chance but we didn’t do well, and they picked up crucial wickets at the time,” said Assad Vala.