Nigeria-born Bangladeshi forward Eleta Kingsley failed to get a place in the final 23-member national squad for the upcoming SAFF Championship after he failed to get permission from FIFA to take part in the regional event.

“It’s really frustrating,” said a disheartened Kingsley after the announcement of the final squad.

The BFF waited for FIFA’s green signal until Monday evening but the governing body of world football didn’t respond to their appeal. 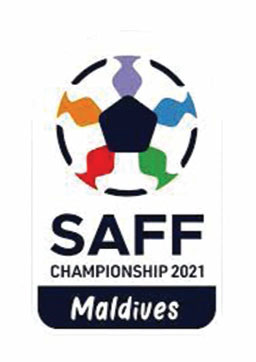 “No green signal from FIFA. The process, through which FIFA works, takes at least four to six months to complete it,” BFF General Secretary Abu Nayeem Shohag told The Daily Sun.

Meanwhile, the entire team of the men in red and green completed their last training session at the Bangabandhu National Stadium on the same day.

“One week is not enough but we are working very closely in the process and the process is related to the style and the moment of the game. I can’t promise the result or trophy but I can promise the boys have already started performing in different ways and have implemented new ideas,” interim head coach Oscar Bruzon said in a press conference.

National captain Jamal Bhuyan said that they wanted to make a good start in the tournament. Bangladesh team will fly to Maldives today.

Bangladesh will play against Sri Lanka, India, Maldives and Nepal in the round-robin format tournament on October 1, 4, 7 and 13 respectively at the National Stadium in Male.

The top two teams will play in the final on October 16 at the same venue.