"I'm going to treat the next match like it's the last match of my career," Djokovic said. 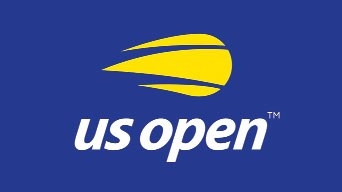 One more victory will give the 34-year-old Serbian star the first calendar-year Slam since Rod Laver accomplished it 52 years ago. "There’s only one more match left. All in. Let's do it," Djokovic said. "I'm going to put my heart and my soul and my body and my head into that one."

Djokovic seeks his fourth career US Open title and his 21st overall Slam crown, which would lift him one above the all-time record he shares with Rafael Nadal and Roger Federer, both absent with injuries.

Australian legend Laver, 83, was in the stands to watch as Djokovic took a measure of revenge for Zverev, 24, beating him in an Olympic semi-final, denying Djokovic's bid for a "Golden Slam" with a Tokyo gold medal.

"I don't think I played my best today but I'm really happy to be in the final," Medvedev said.

The final is a rematch of February's Australian Open final won by Djokovic in straight sets. Medvedev trails Djokovic 5-3 in their all-time rivalry.

"If I can make this, I'll probably be in the history books a little bit somewhere like not letting him do this," Medvedev said. "But I don't really care about it. I think it's more about him, that it affects him.

"I'm just going to throw it everything and I'm definitely not going to be thinking about Grand Slam or whatever."

Djokovic has won 27 consecutive Slam matches, three shy of his all-time record streak from 2015 and 2016 when he won all four major titles in a row.

In the fifth set, Djokovic broke after an extended rally with a forehand passing winner to 2-0 and Zverev swatted back-to-back forehands long to go down 4-0. Djokovic broke again in the eighth to book his date with history after three hours and 34 minutes.

Djokovic double-faulted away a break in the ninth game and Zverev held to claim the first set in 36 minutes.

Having dropped the first set for the fourth consecutive match, Djokovic dominated the second, never facing a break point. A 10th-game groundstrokes battle in the third set saw a 53-shot rally ended by a Zverev forehand winner to save set point and draw a roar from the crowd, but Djokovic hit an overhead smash on the next point for the break to capture the set.

In the fourth, Zverev broke to 2-1 with a forehand winner and held from there.

In all Medvedev took 11 of the final 13 games, ending matters with an overhead smash after two hours and four minutes.