The authorities concerned have issued guidelines on reopening of the educational institutions which have remained closed since March last year due to the coronavirus pandemic.

All necessary preparations have been taken to reopen the educational institutions in the country. The government is now waiting for improvement of the corona situation, ministers said.

According to sources, teachers of the primary schools have been instructed to return to their work places from Tuesday as part of the preparations to reopen the educational institutions.

The Directorate of Primary Education (DPE) asked the upazila/thana education officers to inspect the schools under their jurisdiction within a week.

Besides, the Directorate of Secondary and Higher Education (DSHE) asked the regional directors to take necessary preparations to reopen the schools and colleges in the country.

According to education ministry sources, most of the teachers and employees of the educational institutions have been vaccinated.

DSHE Director Prof Shahedul Kabir Chowdhury said the regional directors have been asked to inspect schools and colleges and submit a report on the final preparations on resuming academic activities.

DPE Director General Alamgir Md Mansurul Alam said, “We also instructed our officials to visit institutions and submit a report on the preparations. Administrative action will be taken for failure to do so.”

The government shut down educational institutions on March 17, last year due to the Covid-19 pandemic in the country. Later, the closure was extended several times until August 31 this year.  Meanwhile, Education Minister Dr Dipu Moni said the school and colleges will be reopened soon as all preparations have been completed for reopening of the educational institutions.

“Prime Minister had given us instructions to give priority to the safety of students and keep continuing education of our students during the ongoing corona pandemic,” she said.

“We are doing this as per instruction of the Prime Minister. We have also adopted various methods so that they (students) do not fall behind in their studies.”

Dipu Moni came up with the remarks while addressing a discussion arranged by Awami League’s cultural affairs sub-committee at BICC in the capital, marking National Mourning Day.

“It is good news for us that the infection rate is coming down gradually. If the declining rate continues, we will be able to reopen all the educational institutions soon.”

She said, “The educational institutes will be reopened step by step following health guidelines as the number of students in our classrooms is more than any other countries of the world.” State Minister for Primary and Mass Education Md Zakir Hossain said the schools will be reopened after getting directives from the highest level of the government.

“We cannot reopen the schools suddenly. We have taken all-out preparations and if the Prime Minister gives us order today we are prepared to reopen schools from tomorrow,” he said.

Zakir came up with the remarks while talking to journalists at his secretariat office, saying that experts favour reopening of schools as the students have been out of classes for the last one year and a half.

“We are also facing problems in conducting online education,” he added.

The state minister said that teachers are going to schools and taking classes online. The students are studying despite the closure of schools and they are also given worksheets.

“If the government reopens schools, classes of the primary students will be taken in two segments. We have a plan to take two-day classes in a week for the students of class III, IV and V while the class I students will be allowed one day in a week. We are also thinking about giving a short syllabus under our curriculum,” he said.  About the Primary Education Completion (PEC) and its equivalent exams, he said, “The decision on whether the PEC and its equivalent exams will be done on physical or evaluation basis, will be taken considering the situation.”

“If the situation persists, we will go for an evaluation like last year,” he added 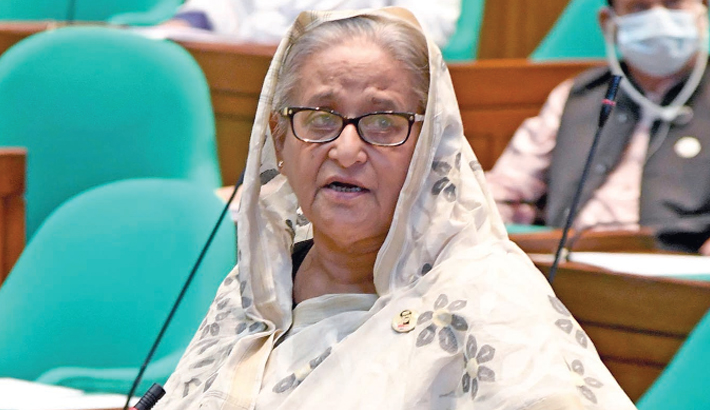