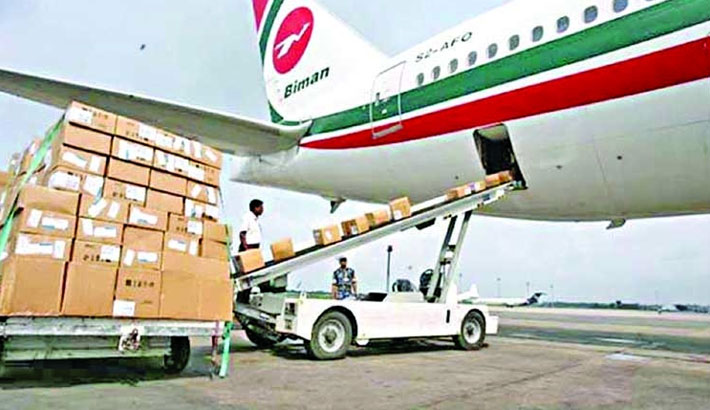 BGMEA President Faruque Hassan has made the request during a meeting with Managing Director and CEO of BimanBangladesh Airlines, Dr. Abu Saleh Mostafa Kamal, at the latter’s office in Dhaka, reports BSS.

In the meeting, Faruque Hassan stressed the need for increasing the number of explosive detection scanner at the airport and regularly carrying out maintenance of the existing two EDS as one of them often remains out of service due to proper maintenance.

“Exported cargoes have to go through security scanning at the third country’s airports due to lack of sufficient number of scanning machines, which results in delay in air shipment and is not good for Bangladesh’s image,” he added.

The BGMEA President also requested for improving the cargo handling situation at the cargo village which has a shortage of ground handling staff and required equipment and machinery.

He also called for taking steps to make loading-unloading of RMG cargoes faster and properly stack them in the cargo shed in a proper order so that export-import goods can be found out easily and released quickly.

Faruque further urged not to charge demurrage fees for the delay in releasing goods due to stacking of goods haphazardly  at the cargo village.