Messi hails Martinez as a ‘phenomenon’ 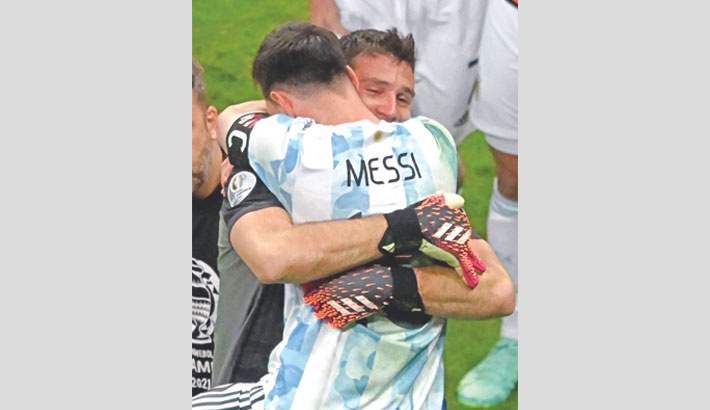 Emiliano Martinez has been labelled a "phenomenon" by Argentina team-mate Lionel Messi for his three shoot-out saves to clinch their Copa America semi-final win over Colombia on Wednesday, reports goal.com.

The 28-year-old earned his first international cap last month following a standout club season at Aston Villa, and has now made himself a hero for the Albiceleste.

Colombia had forced the shootout with a 61st-minute goal from Luis Diaz that cancelled out an early Messi-assisted strike by Lautaro Martinez, but Argentina's goalkeeper ensured a place in the final against Brazil on Saturday.

"We have Emi, who is a phenomenon," said Messi, who converted from the spot in the shootout. "We trusted him. We achieved the goal of being able to play all the games and now we are going to the final."

"We are very happy with Emiliano's performance, not only because of the penalties, but also because of the security that he is transmitting," he said. "The group of defenders is permanently supported and we like that."