Tributes pour in for Dilip Kumar 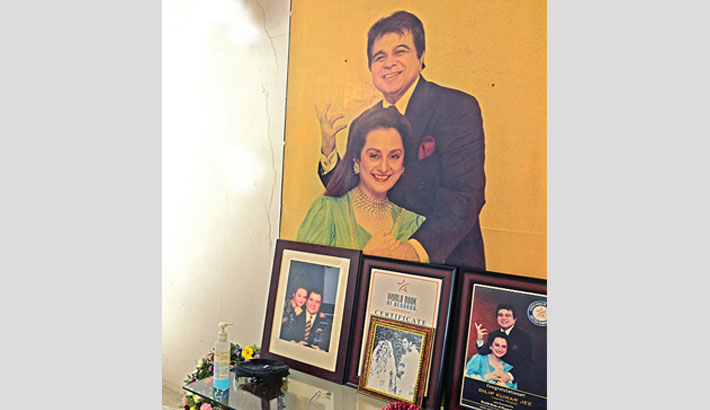 Born Mohammed Yusuf Khan in Peshawar -- now part of Pakistan -- in 1922, Kumar became a major star in Indian cinema's golden age between the 1940s and 1960s, starring in nearly 60 films in a career spanning 50 years. He died in a Mumbai hospital early on Wednesday.

"Dilip Kumar... will be remembered as a cinematic legend," Indian Prime Minister Narendra Modi said on Twitter. "He was blessed with unparalleled brilliance, due to which audiences across generations were enthralled. His passing away is a loss to our cultural world."

Indian President Ram Nath Kovind said: "Dilip Kumar summarised in himself a history of emerging India. The thespian's charm transcended all boundaries, and he was loved across the subcontinent. With his demise, an era ends."

Akshay Kumar, another of modern Bollywood's biggest luminaries, said: "To us actors, he was The Hero. #DilipKumar Sir has taken an entire era of Indian cinema away with him. My thoughts and prayers are with his family."

India cricket captain Virat Kohli, who is in England to lead the national Test squad for a series against the hosts, said, "today, an icon who was loved by generations passes away. Rest in peace Dilip ji. My condolences to the family."