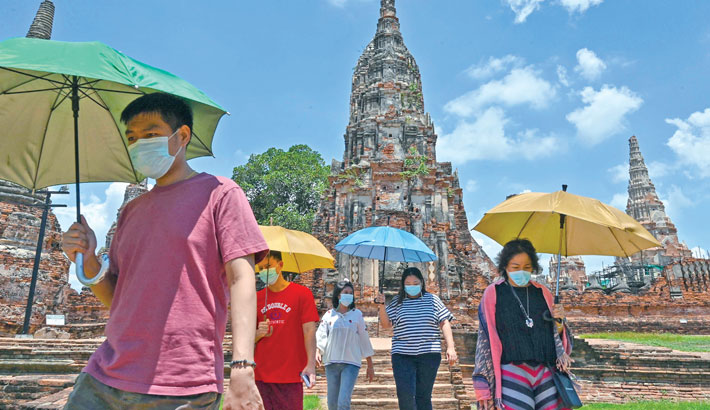 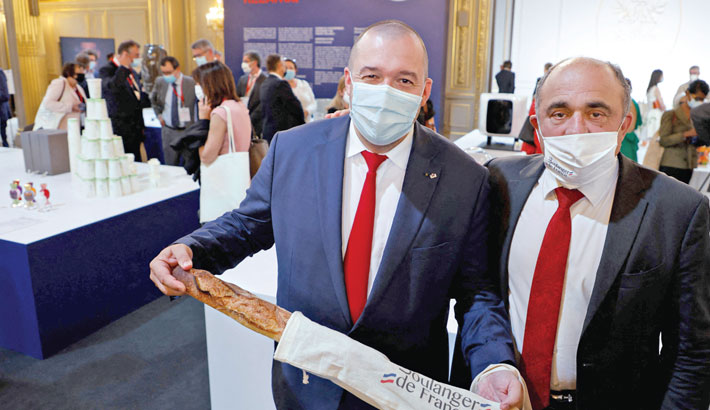 French President's gastronomy advisor Guillaume Gomez (L) and CNBF President (National Confederation of the French Bakery and Pastry Industry) Dominique Anract pose with a French baguette during the inauguration of the "Made in France" exhibition organised at the Elysee Presidential Palace in Paris on Friday, to highlight the "made in France" industry. 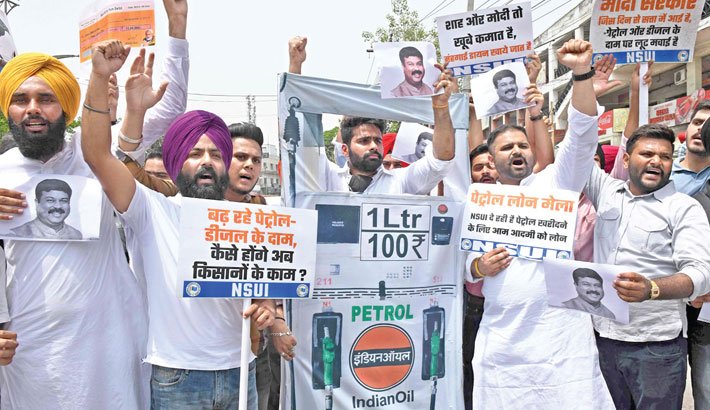 Activists of the National Students' Union of India (NSUI) shout slogans against Petroleum Minister Dharmendra Pradhan and the government during a protest following a hike in petrol and diesel prices, in Amritsar on Friday. 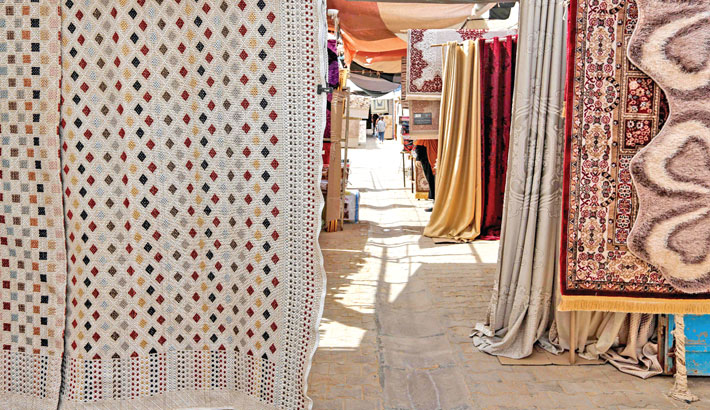 This picture taken on Sunday shows a view of carpets and textiles on display at the Maghreb souk (market) of Tunisia's southern town of Ben Guerdane. Libya's reopening of the border with Tunisia brought relief to Jaafar Ben Ali and other merchants in the frontier town of Ben Guerdane, whose economy largely depends on cross-border trade.