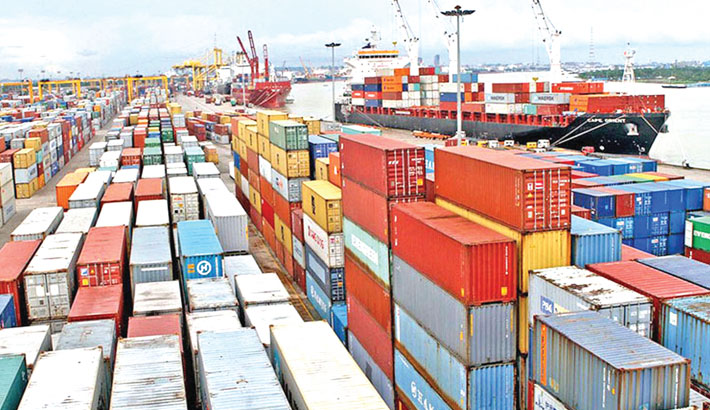 KHULNA: Mongla Port, the second largest sea harbor of the country, witnessed at least 970 foreign ships docking in the 2020-21 Fiscal Year breaking all previous records in its history, said an official.

“The record touched a milestone in the yearly statistics in the last seven decades after the establishment of the port near the Bay of Bengal in 1950,” said deputy secretary of Mongla Port Authority (MPA) Md Makhruzzaman.

The port has been playing a vital role in the country's economic development since 2009 as some very important initiatives were taken by the then government, he said.

The port turned into a losing sea port in the years from 2001 to 2008 because of many problems. In February, 2007-2008 fiscal year, only seven foreign ships anchored at the port.

A total of thirteen development projects and seven ADB programmes were implemented from 2009 to 2020 involving Taka over 200-crore aiming to enhance the ability of Mongla Port, Makhruzzaman said.

The official, however, said the MPA has already ensured different facilities for the port users to get speedy and quality services.  The facilities include capital dredging at the Pashur River, purchasing 42 containers and cargo handling machinery and setting up a modern channel at Pashur River to arrive and discharge foreign ships round the clock.

Chairman of Mongla Port Authority Rear Admiral Mohammad Musa told BSS that the government has taken many initiatives to enhance the ability of Mongla Port.

“The MPA sees the record ship due to intervention and epoch-making planning of Prime Minister Sheikh Hasina, special direction of the shipping ministry, cooperation by Mongla Port users and hard work by the employees of the organization,” he said.

In line with the ‘Vision-2021’ envisaged by the government, all the projects are being implemented to attract foreign companies to operate in economic zones as well as ensure balanced development of every region of the country.