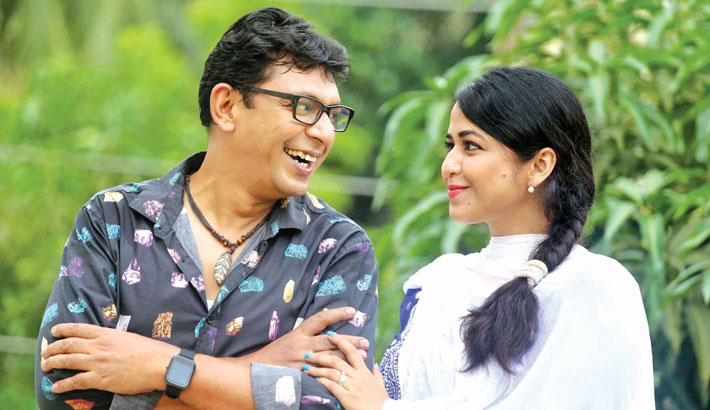 National Film Award-winning actor Chanchal Chowdhury and actress Faria Shahrin have paired for a new drama titled ‘Darkly Roasted Coffee’. Written and directed by Ejaz Munna, the play will be aired on NTV on the occasion of Eid-ul-Azha.

The filming of the drama has been concluded at different locations in the capital’s Uttara area recently.

About the drama, Chanchal said, “The story of the drama is very nice. Ejaz Munna bhai is an experienced scriptwriter and director. He always makes dramas with utmost care. The audience who wants to see quality work, this drama is for them.”

Faria shared, “I’m very happy that I’ve acted under the direction of Ejaz Munna bhai. ‘Darkly Roasted Coffee’ is my first project with him.  On the other hand, Chanchal was my first co-artiste when I started my acting career. It’s always been a pleasure to work with an actor like Chanchal. He is very supportive artiste. Overall, I’m very optimistic about the project.”

Chanchal Chowdhury-acted last work under Ejaz Munna’s direction was the drama serial ‘Shohorai’. ‘Shohorai’ has got huge popularity among the audience.

On the work front, Chanchal has completed the shooting an Eid-drama serial ‘Moghol Family’ directed by Dipu Hazra.

On the other hand, Faria has done shooting for the drama titled ‘Sotti Premer Mithhe Golpo’. The project has been directed by Mohammad Rabiul Sikdar.