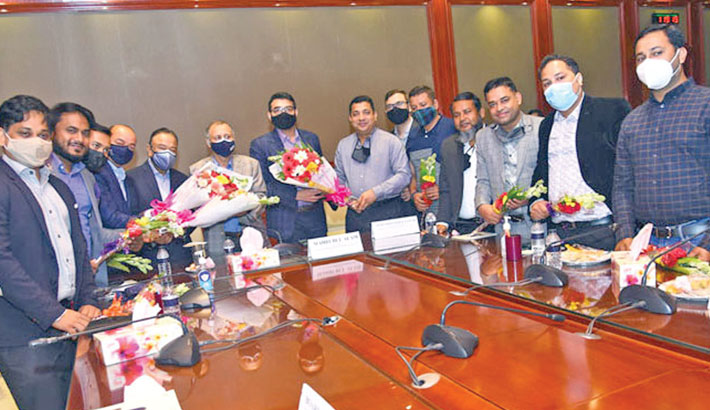 The newly elected directors of the Chittagong Chamber of Commerce and Industry (CCCI) took charge through a ceremony at Bangabandhu Hall of the World Trade Centre in the port city on Wednesday.

The CCCI President Mahbubul Alam, who was re-elected in the post for the fifth consecutive time, presided over the programme.

Mahbubul in his speech expressed his firm determination to work for materialising the vision 2041 of the Prime Minister Sheikh Hasina.

He observed that the new leadership and support of the businesspeople will surely help accelerate the initiatives of the chamber for developing a prosperous Bangladesh.

He thanked the leaders of the association for their heartfelt cooperation for the remarkable activities carried out by the CCCI in the last two years.

Mahbubul also hoped that they will play role for upholding image of the chamber and settle the national economic issues through the activities of the century-old trade organisation.

Mentionable, Mahbubul was re-elected as the president, Tarafder Md Rahul Amin senior vice-president and Syed Mohammad Tanvir vice president of the CCCI for the year 2021-2022 and 2022-2023.

Newly elected 24-member CCCI board of directors elected the president, senior vice-president and vice-president at a meeting held under the supervision of CCCI election board unanimously on May 11.

All of them are also holding several important posts of business firms, social and other organisations.