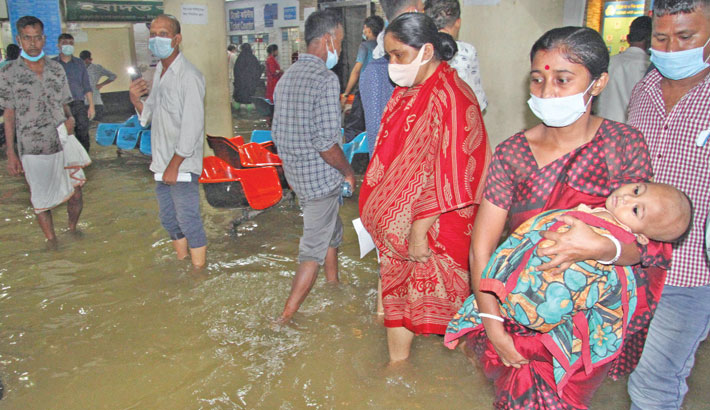 Many people of the capital had to go under umbrellas to come out of their residences.

Many had to count extra fares to reach to the main roads by rickshaws to catch public transports. Many were seen walking in the rain.

The lanes of the city were either went under water or filled with waste mixing mud.

At 9:00m, Bangladesh Metrological Department forecast that monsoon is active over our country and moderate over North Bay. The weather forecast was done for the next 24 hours.

According to the department, the axis of monsoon trough runs through Uttar Pradesh, Bihar, West Bengal to Assam across the central part of Bangladesh. One of its associated troughs extends up to North Bay. 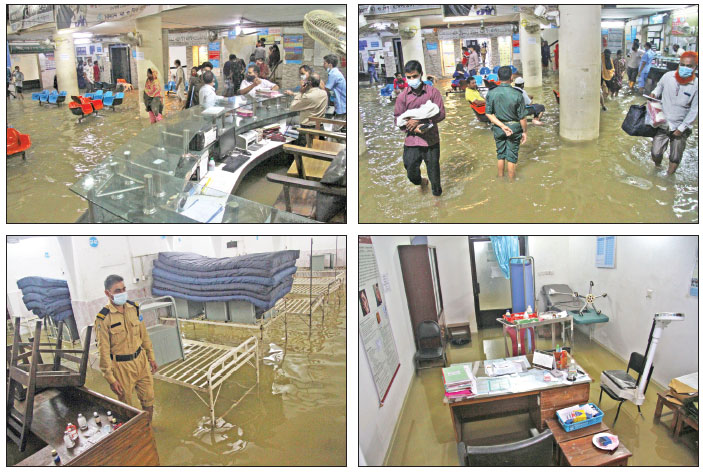 The Met office also forecast that light to moderate rain or thunder showers accompanied by temporary gusty wind is likely to occur at most places over Rajshahi, Dhaka, Khulna, Barishal and Chattogram divisions and at many places over Rangpur, Mymensingh and Sylhet divisions with moderately heavy to very heavy falls at places over the country.

The day and night temperature may fall slightly over the country.  An outlook for next 72 hours shows a possible decrease in rain or thunder showers.

The highest rainfall was recorded at Ishwardi upazila in Pabna, where it was 166mm while lowest at Tetulai in Panchagarh and Dimla in Nilphamari, where it was only 1mm.

The seaports were asked to show the cautionary signal no 3.