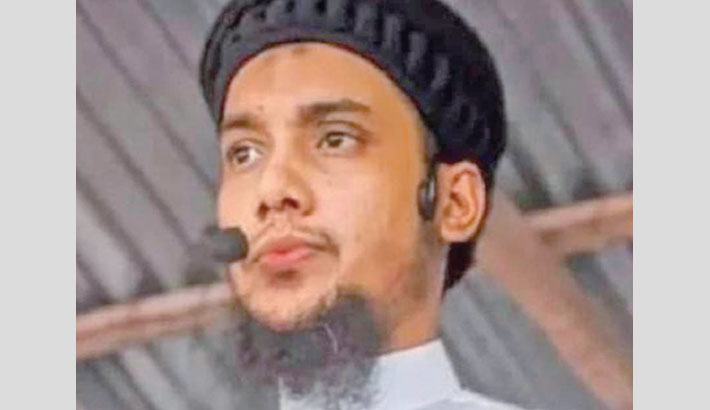 Wife of missing Islamic speaker Abu Twa-ha Mohammad Adnan on Wednesday demanded that the government find out the whereabouts of her husband and his three companions as soon as possible.

Sabikunnar, wife of Adnan, made the demand at a press briefing at the Dhaka Reporters Unity (DRU) in the capital.

Adnan, Abdul Muhit, Mohammad Firoj and driver Amir Hossain went missing while they were coming to the capital from Rangpur on Thursday.

Sabikunnar said her husband is a general man and he has no connection with any political party.  “I demand that the government return him and his companions,” she said.

According to her, she communicated with Adnan several times over phone while he and his companions were on the way to Dhaka. Around 2:37am on Friday, Adnan sent a screenshot to her WhatsApp, saying that they were at Gabtali in Darusslam area of the capital.

After 3:00am, the mobile phone of Adnan, Amir and others found switched off, she said.