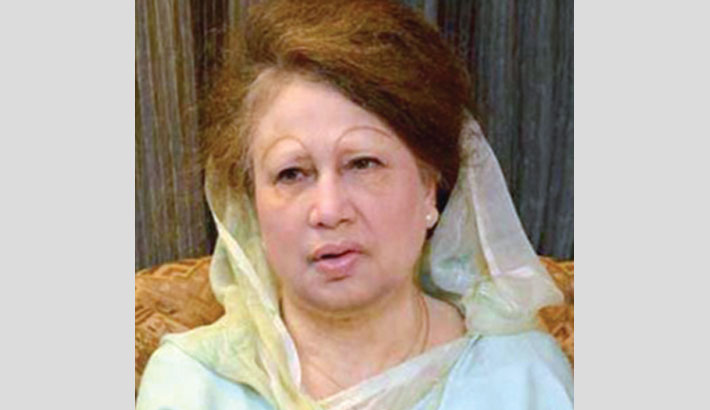 The High Court has directed the government to submit relevant documents within 60 days to determine the ‘genuine’ date of birth of BNP Chairperson Khaleda Zia.

The directive came following a writ petition filed by Supreme Court lawyer Mamun Or Rashid, challenging the legality of celebrating birthday by Khaleda Zia on August 15, the day of national mourning. The court also issued a rule, asking the respondents to show causes as to why their inaction to prosecute Khaleda Zia under the relevant law for celebrating her birthday to malign and undermine the solemnity of National Mourning Day shall not be declared illegal.

Secretaries to the ministries of home affairs and health and family planning, the Inspector General of Police, the DMP commissioner and the officer-in-charge of Gulshan Police Station will have to reply to the rule.

The ruling of the apex court is likely to resolve controversy over Khaleda Zia’s celebration of birthday on August 15.

National Mourning Day is observed on August 15 every year as Father of the Nation Bangabandhu Sheikh Mujibur Rahman and most of his family members were killed that day in 1975.

Khaleda Zia showed in her passport that August 15, 1946 is her date of birth, the petitioner contended.

He said the BNP chief projected the date to malign National Mourning Day.

Various dates of Khaleda Zia’s birth shown in her SSC certificate, passport and Covid test report have raised doubt about her genuine birthday, the petitioner said.