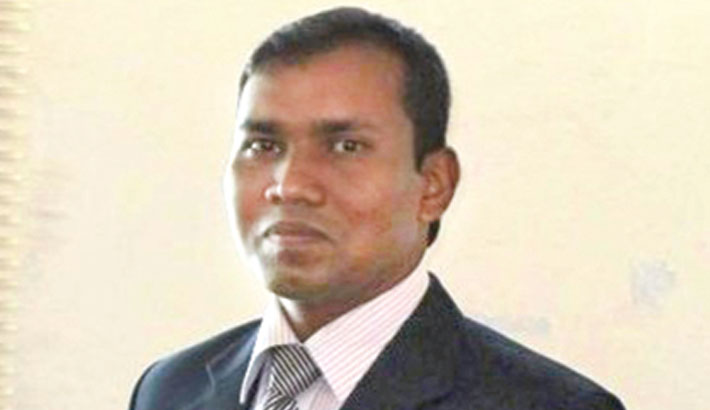 The relative density and amount of gas in the atmosphere that surrounds the earth is constantly changing due to excessive emissions of man-made greenhouse gases such as carbon dioxide, methane, nitrous oxide, etc. Due to the fact that the mentioned gases retain heat, the heat produced by the sun's rays on the earth cannot go outside the earth. As a result, the earth’s temperature is rising day by day. Which is known as global warming. Because of global warming or climate change, the amount and intensity of various natural disasters such as Cyclones, Droughts and Salinity etc. are constantly increasing in the world. Crop production is directly dependent on climate and the change in climate severely hampers the crop production. To tackle this harmful aspect of climate change, we need to reduce greenhouse gas emissions as well as the amount of excess greenhouse gases in the atmosphere.

Scientists are working tirelessly to tackle the harmful effects of climate change and continue to try to innovate new technologies. Notable among the technologies that can reduce greenhouse gas are- (a) use of renewable energy (b) use of technologies that produce less greenhouse gases and (c) afforestation. Of all these technologies, afforestation is considered to be the simplest and most important. But a recent study from Cornell University in the United States found that after a certain period of time, plants release the same amount of carbon dioxide into the atmosphere as they receive from the atmosphere. That is, it is not possible to prevent global warming just by planting trees. The study suggests an alternative, which is to first bring atmospheric carbon dioxide into the plant through afforestation and then convert that carbon through pyrolysis process and apply to the soil. The carbon produced in the process of pyrolysis is called Biochar.

Biochar is a type of coal produced by applying heat to various organic matter such as wood, organic waste etc. in the absence of oxygen. When heat is applied in the absence of oxygen, simple organic compounds of organic matter become organic compounds containing aromatic benzene. Since soil microorganisms can’t easily break down aromatic benzene containing organic compounds, Biochar can remain in the soil for a long time (100 years or more) when applied to the soil. Which is commonly known as carbon stabilization. Through this process it is possible to prevent climate change by fixing atmospheric carbon into the soil for a long time. This is probably the simplest and most sustainable technology available to combat climate change. In August 2018, the IPCC (Intergovernmental Panel on Climate Change) recognised this technology as a technology to combat climate change. This technology is currently being extensively researched around the world. A separate laboratory has been set up at the University of Edinburgh in the United Kingdom under the name Biochar Research Center. The potential aspects of Biochar technology are – (a) electricity can be generated from the heat energy generated during Biochar production (b) production of Biochar from waste facilitates waste management (c) Pollution can be prevented by using the Biochar produced and (d) most importantly, the use of Biochar increases the amount of soil organic matter and soil fertility. In addition, the use of Biochar reduces the production of greenhouse gases.

Analysing the potential aspects of Biochar, it is seen that this technology can be a potential technology for Bangladesh. Some of the notable aspects of using this technology in Bangladesh are- (a) Biochar rich compost production from urban organic waste- Urban waste management is a big problem for a developing country like Bangladesh. Because the citizens of our city are less inclined to follow the principles of organic waste management.  One of our studies show that it is possible to bring back 26, 23 & 28 thousands metric tons of Urea, TSP and MOP to the agriculture land every year from the organic waste in the cities of Bangladesh. Biochar can also be made from broiler chicken droppings. The use of this technology will facilitate waste management in urban and poultry industries on the one hand and on the other hand it is possible to produce high quality organic manure from waste. (b) Production of Biochar rich fertilizers-It is possible to increase the effectiveness of chemical fertilizers through the use of Biochar. Although research on this is still in its infancy, it is thought that it is possible to increase fertilizer application efficiency through the production and use of Biochar- rich chemical fertilizers. The Bangladesh government is spending about ten thousands crores taka every year as a subsidy for fertilizers.  If this technology can be used to increase the efficiency of fertilizer, it is possible to save more than a thousand crores per year (c) Production of activated carbon from Biochar- Activated carbon can be produced from Biochar. Activated carbon is used in the removal of various containments.  Biochar has also been proven to be an effective technology in removing salinity, arsenic and other heavy metals from the soil.

The writer is a Biochar Researcher and Professor,