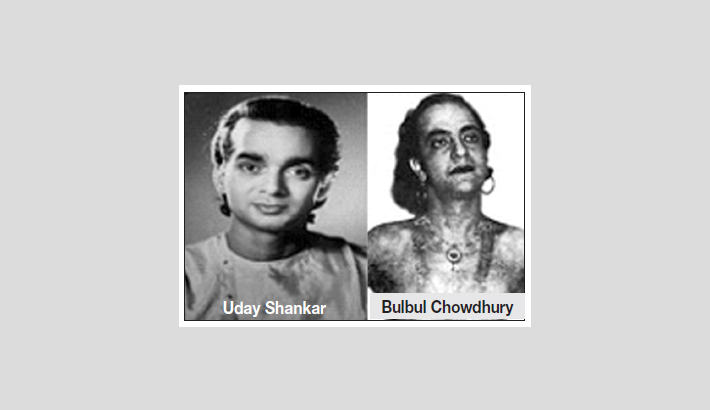 To remember prominent poets, litterateurs and artistes, an 11-day commemorative event is being held on the YouTube channel and Facebook page of Bangladesh Shilpakala Academy.

BSA, in association with Ministry of Cultural Affairs, has organised the programme.

As a part of the event, BSA arranged a discussion virtually tribute to legendary dance artistes of the sub-continent, Nrityacharya Bulbul Chowdhury and Uday Shankar remembered on Thursday.

Born in Chattogram, Rashid Ahmed Chowdhury (1 January 1919 – 17 May 1954), widely known by his stage name Bulbul Chowdhury, was a Bengali dancer of British India, and later East Pakistan. He is primarily regarded as a pioneer of modern dance in Bangladesh, as a founding figure of dance among the conservative Muslim community. Bulbul Chowdhury wrote and choreographed 70 dance dramas during his career span of about twenty years as a dancer.

On the other hand, Uday Shankar (8 December 1900 – 26 September 1977) was an Indian dancer and choreographer, best known for creating a fusion style of dance, adapting European theatrical techniques to Indian classical dance, imbued with elements of Indian classical, folk, and tribal dance, which he later popularised in India, Europe, and the United States in 1920s and 1930s. He was a pioneer of modern dance in India.