First look poster of ‘Father of the Nation’ out 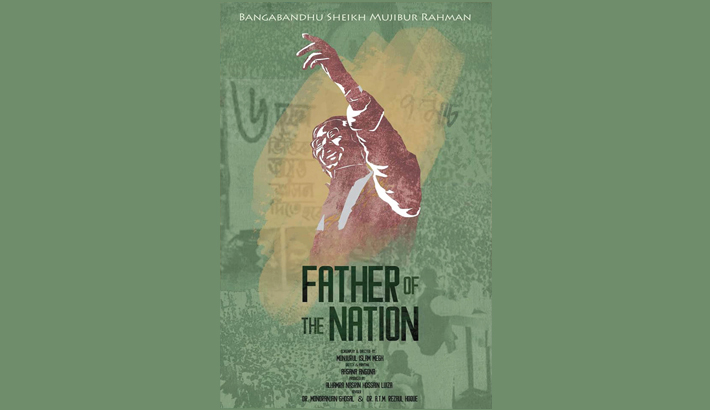 The first look poster of the full-length documentary film ‘Father of the Nation’, directed by Monjurul Islam Megh, has been out. The poster has been unveiled under the production company Cinemaking on Thursday.

Monjurul Islam Megh said, “On the birth centenary of Father of the Nation Bangabandhu Sheikh Mujibur Rahman, I have done some projects on Bangabandhu. I’ve planned to make a full-length documentary on Bangabandhu. In collaboration with Borno Prokash, we started work on it four months ago. We have already done the scripting and research work.”

Swadhin Bangla Betar Kendra artiste and freedom fighter Dr. Manoranjan Ghoshal and Dr. A.T.M. Rezaul Haque are the advisors of the documentary. Produced by Borno Prokash’s chairman Alhamra Nasreen Hossain Luiza, the docu-film has been scripted by Megh himself.