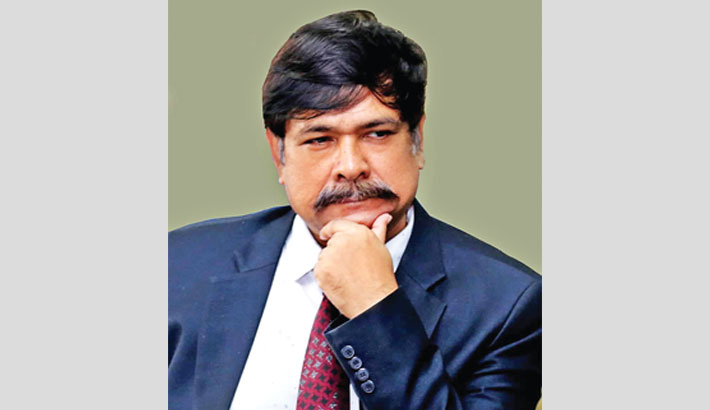 “Bhool hoye gechhe bilkul/ aar shob kichhu bhaag hoye gechhe, bhaag hoiniko Nazrul/,” - rightly said the great Bengali poet and essayist, Annada Shankar Ray in his rhyming couplet that translates as - “It’s been completely mistaken. All else has been divided but for Nazrul”. Catchy and oft quotable, the Bengali couplet testifies to the great poet’s acceptability to all Bengali folks regardless of caste, creeds and religions. Mr. Ray’s views on Nazrul’s undivided poetic soul are very relevant to the present context. Although the religious communities in Bangladesh are never completely devoid of inter-religious and intra-religious feuds, the popular religion here often displays syncretism - a fascinating mix of Hindu and Muslim folk beliefs, deities, and practices. The wandering mendicants and devotional folk musicians called bauls treat the conventional Hindu/Muslim religious disparity with disdain, and embrace a liberal attitude to life and religion. The peaceful coexistence of this great religious diversity over the centuries has left the society deeply embedded in mutual tolerance and communal harmony and consolidated the growth of our ethnic identity.

As far as social anthropology is concerned, Bangladesh has long been a melting pot of races and religious communities. Starting from the Dravidian-speaking tribe called ‘Bang’ that settled in the area around 1,000 BCE down to the post-independence population, a wide variety of people has settled in this delta of the Ganges and Jamuna. As time went by, they have come in contact with different religions of the world. Ancient Bengal was the seat of Buddhism. This religious trend continued for centuries, and was followed by the revival of Brahmanical Hinduism under royal patronage of the Senarulers. The long Pala period and the practice of Buddhism produced an admixture of Hindu-Buddhist culture which resulted in the evolution of the sahajiya (natural) and tantric (technical) cults. The Palas introduced a heritage of socio-cultural and religious synthesis which played a vital role in building the religious harmony afterwards. Finally came Islam in the early years of the 13th century by way of collective conversion of numerous Buddhists and Hindus caused by the resentment towards the Hindu caste system and Kulinism (caste supremacy). Although these religious communities are never completely devoid of inter-religious and intra-religious feuds, the popular religion in Bengal often displays syncretism - a fascinating mix of Hindu and Muslim folk beliefs, deities, and practices. The peaceful coexistence of this great religious diversity over the centuries has left the society deeply embedded in mutual tolerance and communal harmony and consolidated the growth of our ethnic identity. 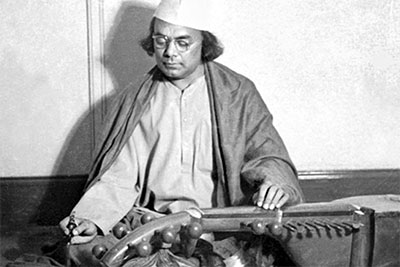 The long-borne religious amity was, however, frustrated time and again. The extremist factions of the religious communities have always tried to make the parade of their racial supremacy trampling on others’ feelings. The rabid right-wingers did this not only against other religious communities, but also against their own communities. The shining example of this is seen in the pre-independence 24-year autocratic regime of the Pakistan rulers. In the name of saving the sanctity of religion, they were trying to push Bengali culture into the danger of extinction. East Pakistan’s Governor Abdul Monem Khan was against everything associated with the Bengali culture. He declared all Bengali ethnic activities ‘un-Islamic’ and ‘anti-Pakistan’ and tried to suppress them with political and military hegemony. He banned the age-old custom of wearing vermilion along the hair parting of Hindu women. He also prohibited the rendering of Tagore songs on the radio and the television. But he could not stop the spontaneous observance of our cultural activities. As a matter of fact, Bengalis are possessed of an indomitable cultural spirit. So, the suppression of their cultural activities became one of the vital factors through which the liberation movement gathered momentum.

It is very unfortunate for us that in post-independence Bangladesh too, we could not ward off the ills of religious extremism, which always kept gnawing at us hindering the smooth holding of our cultural activities. The bomb blasts, grenade attacks, and casualties in Jessore Udichi cultural functions (6 March 1999) and Ramna Batamul (14 April 2001) were calculated terrorist attacks targeted at our culture. Even in recent times, we, once again, see the evils of extremism corroding our cultural exercises. The sudden outburst of the extremist religious forces known as Hefazat-e-Islam, their demand for the demolition of the Liberation War sculptures and their harsh criticism of the common cultural activities like mongol shovayatra (the procession for well-being) are the very antithesis of what Bengali culture needs for its nourishment.

Nazrul was never what the religious fundamentalists thought him to be. His position was the polar opposite of that of his pseudo supporters. He has been made our national poet on consideration of his liberal attitudes and patriotic zeal. A real secular poet, who equally wrote Islamic Gazals and Hindu devotional songs— Shyama Sangeet, Bhajan and Kirtan, and indiscriminately borrowed imagery from Islamic allusion and Hindu mythology, must not be labelled as a sectarian poet. He also composed a large number of songs on invocation to Lord Shiva, Goddesses Lakshmi and Saraswati and on the eternal love lost between the mythical lovers — Radha and Krishna. On the other hand, he explored the holy book of Islamic religion and the life of Islam’s prophet, and created imagery and symbols from the historical Muslim figures like Qasim, Ali, Umar, Kamal Pasha and the like. In fact, he tried to make a happy synthesis of Hindu, Muslim, Buddhist and Christian values, and by doing this, added a new dimension to Bengali culture as a cultural catalyst. In 1920, Nazrul expressed his vision of religious harmony in the editorial of Zug Bani. To quote: “Come Brother Hindu! Come Musalman! Come Buddhist! Come Christian! Let’s overcome all obstacles, let’s dispel all meanness for good, all lies, all selfishness, and let’s call brothers—brothers. We’ll have no quarrel anymore.” [Translated from Bangla by the author].

To save Bengali culture from the claws of religious extremism and to make sure that our society exists as a cultural unity in the midst of religious diversity, one sure recourse is to fall back on our great literary icons like Rabindranath Tagore and Kazi Nazrul Islam. If Rabindranath is the life force of Bengali culture, Nazrul is its lifeblood. I hate to think who is superior to whom. It is the lunatic fringe who raised this stupid debate between two pillars of Bengali literature, and tried to divide them down the middle in imitation of the ‘two nation theory’. The Muslim fanatics tried to usurp Nazrul and the Hindu bigots clung to Rabindranath. The orthodox Muslims who never liked Nazrul during his lifetime for his unorthodox views, and dubbed him as qafir (infidel) or murtad (apostate) are now his staunch supporters. But unfortunately for them, Nazrul could not be divided.

Nazrul was an outspoken critic of fanaticism in religion. As he puts it in his article entitled ‘Hindu Mussalman’, “I can accept Hinduism and Islam, but I can’t stand Tikism (Tiki is a bunch of uncut hair held closely together on the head by some Hindus) and Beardism (the practice of growing a beard to show off as a Muslim). Tiki doesn’t mean Hinduism. It may be a sign of a pundit. Similarly, a beard doesn’t mean Islam. It may be a sign of a mullah. Today’s fight is between the Pundit and the Mullah; not between the Hindus and the Muslims. No prophet ever said, ‘I’ve come for the Hindu, I’ve come for the Muslim, I’ve come for the Christian.’ They’ve said, ‘I’ve come for humanity, for everyone, like light.’ But the devotees of Krishna say, ‘Krishna is for the Hindu’. The followers of Muhammad (pbuh) say, ‘Muhammad is for the Muslim’. The disciples of Christ say, ‘Christ is for the Christian’. Krishna, Muhammad and Christ have become national property. Property is the root of all evil. Men do not quarrel for light, but they quarrel over cattle.” [Translation by the author].

Nazrul here criticizes the sectarian attitudes and underlines the need for a unification of all people irrespective of castes, creeds and religions, and this spirit should be the guiding force of Bengali culture which the poet himself preached and practiced. Despite being a Muslim, he named his sons using extra-religious compounds, i.e., Krishna Mohammad, Arindam Khaled, Kazi Sabyasachi and Kazi Aniruddha. He was more a humanist than a practicing Muslim who wished to see his country (and the world) as a conglomeration of people coming from different streams of races and religions and living together in peace.

There is no denying the fact that despite the recent boom in economy and other fields of development in the country, liberal cultural activities in many cases are still stepping backwards like a wounded apparition. In addition, a pressure is mounting on our society and culture due to the politicization of religion. At this crucial juncture, teachings of Nazrul can show us the way forward. The quest for a secular, democratic and forward-looking Bangladesh and a holistic approach to life and culture can be explored in the life and works of our national poet Nazrul. The great poet confirmed that ours is a pluralistic society and an umbrella culture, which can easily accommodate different religions and races, varied views and ideas, and contrary opinions and arguments without creating any huddle. An undivided Nazrul is essential for the development of Bengali society and culture, for now and always.