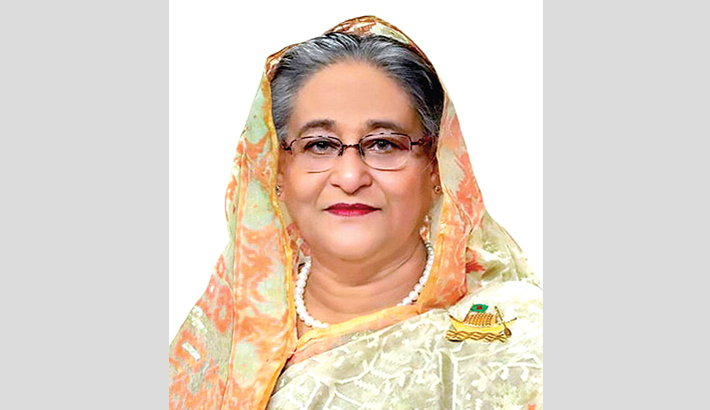 Prime Minister Sheikh Hasina on Monday said the Commonwealth can play a leading role in pursuing a sustainable and nature-based solution to prosperous future, calling for a collective fight to save the planet from the climate vulnerabilities.

“I strongly believe that Commonwealth can play a pivotal role towards sustainable and nature-based solutions for prosperous future,” she said.

The prime minister joined virtually a roundtable of the Asia Regional Commonwealth Heads of Government convened by the Prince of Wales, Charles Philip Arthur George, from her official Ganabhaban residence in the capital, reports BSS.

As a member of Commonwealth and CVF (Climate Vulnerable Forum) Chair, Sheikh Hasina suggested a few measures ahead of COP 26 to fight the vulnerabilities effectively.

The prime minister in her first suggestion advocated for promotion of green and sustainable economic growth worldwide and investing in circular economy for building back better.

In the second suggestion, she urged the international community to put stress on carbon neutral technologies with provision of knowledge and technology transfer among the members of Commonwealth with particular attention to the vulnerable countries.

In the third one, the premier also suggested supporting to the climate vulnerable countries to get access to climate finance for adaptation measures.

The prime minister urged all to focus on providing shelter to homeless which is the best strategy to eradicate poverty and minimize climate vulnerability of the underprivileged segment of the population.

Sheikh Hasina said, “Indeed, in our war against nature we will only lose unless we unite to harness the power of nature for an equitable, resilient and greener post-Covid-19 recovery for our succeeding generations and vulnerable communities.”

She said that the world is going through an unprecedented and yet uncertain pandemic situation of which Bangladesh is also no exception.

Mentioning that the pandemic has brought up more challenges than health itself, she said, “As such, my government has adopted policies and measures focusing on lives and livelihood.”

The prime minister however thanked the Royal Highness, the Prince of Wales for convening today’s roundtable with ‘mother nature’ at the heart of the dialogue.

Sheikh Hasina reaffirmed Bangladesh’s wholehearted solidarity with his Terra Carta Sustainable Markets initiative and his leadership fostering unity, ambition, sustainability and collective action by Commonwealth at COP26 and beyond.

The premier paid a special tribute to the late Duke of Edinburgh and his legacy as a conservationist, who wisely said, “If nature doesn’t survive, neither will men”.

She however said that by the grace of Almighty, Bangladesh has been able to continue its socio-economic development minimizing the impact of the pandemic.

Despite vulnerabilities and resource constraints, Bangladesh has emerged as a global leader on adaptation, she said.

“Every year, we are spending about 5 billion US dollars from our own resources for adaptation and climate resilience,” she added.

The prime minister said that they have adopted “Mujib Climate Prosperity Initiatives” marking the birth centenary of Father of the Nation Bangabandhu Sheikh Mujibur Rahman to deal with the adverse impacts of climate change.

Under the initiatives, Bangladesh is pursuing a low carbon development path and is going to generate up to 40 Giga Watt of renewable energy by 2041, and plant 30 million saplings, she informed.

Sheikh Hasina, however, said that they are hoping to submit a quantified ambitious NDC by June 2021.

She said that being the second largest exporter of ready-made garments, Bangladesh is also exploring efficient options of circular fashion and textiles as part of overall circular economy.

As the Chair of the Climate Vulnerable Forum-CVF and the host of the South Asian regional office of GCA, the prime minister said they are promoting the interests of the vulnerable countries and locally-led adaptation solutions, and rehabilitation of uprooted people from their homes due to river erosion and erratic climate change with climate resilient houses.