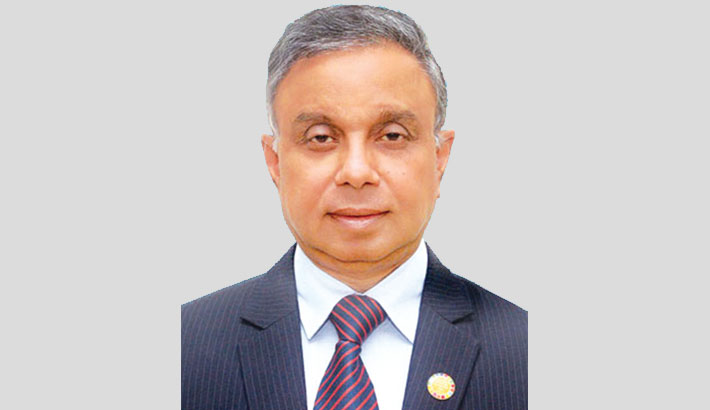 In Bangladesh, performance both in sanitation and pure drinking water is good. In SDG, the target is set a bit higher. In 2015, 87 per cent people of Bangladesh had access to safe drinking water according to Bangladesh Bureau of Statistics (BBS). Due to change of definition of safe drinking water the performance became lower to less than 50 per cent. Our water quality is also reducing day by day, as water of ponds, rivers, canals and so on are getting polluted. It is good news that we could shift the tannery industries from the heart of Dhaka city to the outskirts of Dhaka. But wastewater treatment system of these tannery industries are yet to develop to meet the environmental standard. Moreover, wastewater treatment facilities have been developed in different industries and factories. But due to poor implementation of laws and rules along with other wastewater management systems of the city, situation did not improve much; monitoring and supervision for the industrial wastewater needs to be strengthened. For irrigation in Bangladesh, 79 per cent water comes from underground. It was estimated that one kilogram of rice needs 3000-5000 liters of water. But, by increasing efficiency by introducing buried pipe for drainage, drought tolerant variety of rice, and other good practices like introduction of Alternate Wet and Dry (AWD) method it is reduced by 15-30 per cent. Many steps has been taken to improve fresh water resources like dredging the rivers, canals and ponds, using some of the ponds for drinking water purpose, converting the irrigation system from underground to surface water by using technology in agriculture by using less water and increasing overall efficiency. 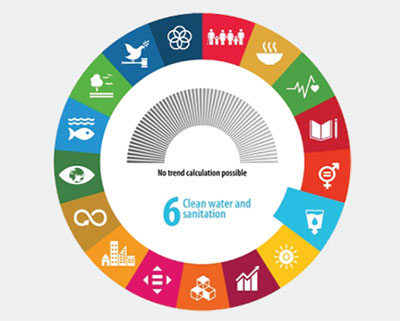 Honourable Prime Minister Sheikh Hasina was one of the members of high-level panel on water (HLPW) initiated by the United Nations and World Bank in 2016. It consists of 11 heads of the state and government having remarkable footprint in water and sanitation and including an expert. They worked for two years and came up with a document for better use of water.

The document includes a call by the members of the high-level panel on value of water, alternate use of water for the whole globe. ‘Turn off’ the denial on scarcity of water, misuse and pollution of water, destruction of water sources, bacteria and adulteration of water, etc. ‘Turn on’ the need to have solutions, new innovative ideas, incentives, resilience, and political will for hard decisions. ‘Turn up’ the intensity of promise of water, volume of water dialogue, urgency to meet water needs, funding on water and value of water. These are the three focused areas of the outcome document.

The team submitted their report to UN General Assembly in 2018 which is being followed globally for the implementation of SDG on water. Arsenic is a big problem as we extract water from underground. In our country, Managing Aquifer Recharge and valuing water are being taken as an important agenda. We extract huge quantities of water from underground for drinking, irrigation, household activities and industry with less opportunity to recharge. Both flood and rainwater can’t be contained because of siltation of rivers and canals. Hence, underground water level is going down each year and normal irrigation pumps are failing to discharge water. To improve water table, dredging of water bodies and rainwater harvesting for recharging are planned. Water is priceless and sometimes for this, contamination of water and misuse of water is rampant. So, in the planning process, how best we can value water are being considered.

In sanitation, large number of people, especially, in the slums and urban areas use shared latrines. Some of these are improved latrines, but many don't fulfill all the parameters in terms of health. Supply of drinking water and improved sanitation gave us multiple dividends in improving health and hygiene, better life expectancy and reducing child mortality. Drinking water is scarce in cities and coastal areas; intrusion of saline water throughout the coastal belt made the situation of supply of drinking water much more difficult. In those areas, government initiated supply of drinking water by using reverse osmosis system using solar panel.

74.8 per cent people have handwash facilities at home. Open defecation is almost nil but 85 million people of our population have unimproved and 53 per cent shared facility. Unfortunately, it was only 34 per cent in 1990 and we could not achieve the MDG of halving the population without access to improved sanitation. Fecal sludge treatment is almost absent except in some residences; open to water is very common. Some of the train and most of the water vessels especially the steamers and launch have the system of open defecation spoiling water bodies and land. In the urban areas, number and quality of public toilets are still a question. In the last decade, sanitation, especially public toilets, developed a lot in the urban areas but still there is a huge gap of demand and supply both in quality and quantity. For the women at work in the capital city and also in the small towns, sufficient public toilet and drinking water facilities are needed.

In the capital city Dhaka, up till now water is sourced from underground. Steps has been taken by Dhaka WASA with a program of ‘Turn-around Dhaka WASA’ to provide 100 per cent drinking water from surface source along with sanitation and wastewater treatment. Some good practices of DWASA in paperless billing, reducing share of non-revenue water, supplying drinking water at affordable price, using more ICT along with AI in water and sanitation management are giving better dividends; these may be replicated in other cities.

We have 57 trans-boundary rivers mostly with India having water sharing agreement of River Ganges and discussions on water sharing of Teesta and other rivers are going on without any specific results on water sharing but exchange of water related information of these rivers and river basin. River ecosystem guideline for the integrated water resources is under progress. For integrated water management and restoration of the rivers around Dhaka city we have a special project for restoration of four rivers that is Buriganga, Shitalakkha, Balu and Turag. Following that, other rivers are also going to be brought under the management of a high-powered committee headed by the Local Government minister. We understand that the quality of water of the rivers is very important as we use water from Meghna and Padma for supplying drinking water of Dhaka City. Water quality of Padma, Meghna, Jamuna and all other rivers are now under the close supervision of strong monitoring committee. In 2013, Water Acts and other related instrument to enforce the standards and qualities of water was enacted. Hatirjheel, a land mark wetland restoration project changed the beauty of Dhaka city, with a better ecosystem to be followed by Gulshan lake development project. Like all other social development parameters, water and sanitation success of our country is being slowed down by Covid-19. Government is working for the post-Covid green growth strategy of public health with more job opportunity. The Delta Plan 2100 aims to use water resources of the country in a most efficient way, implementing the intermediary strategic plan of ‘Developed Bangladesh by 2041’.

The writer is a former Principal Secretary and Principal Coordinator (SDG)