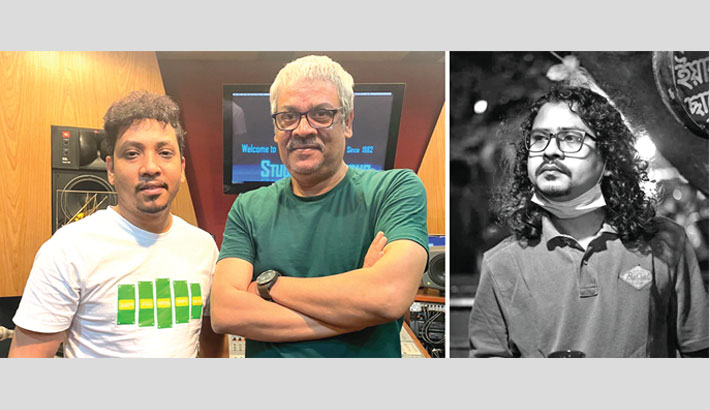 Popular Indian singer Srikanta Acharya has lent his voice to a Bangladeshi song titled ‘Tomar Bhalo Monde’. Lyrics written by Omar Farook Bishal, the song has been composed and arranged by Muntasir Tushar. The music video of the track will be released on a YouTube channel under the banner of G-Series today.

The shooting of the story-based video took place at different beautiful locations in Chottogram and Kaptai. Directed by Shihab Sikdar, the music video features Tanvir Rhythm and Eva. Srikanta Acharya  also appears in the video.

About the song, Srikanta said, “I decided that I won’t record any song amid corona pandemic. But the lyrics and composition of the song were so nice that I couldn’t refuse the proposal. This is simply amazing. Muntasir Tushar has wonderfully done the tune and arranged the music of the track. I liked the lyrics as well, and I sang it wholeheartedly. I believe, the song will be admired by the audience.  It is my Eid greetings to people of two Bengals.”

Muntasir Tushar said, “Bishal has penned beautiful lyrics for the song. I have composed the tune keeping Srikanta da in my head. I’m happy that he like the song and lent his voice to the song. I hope music lovers will also like the song.”